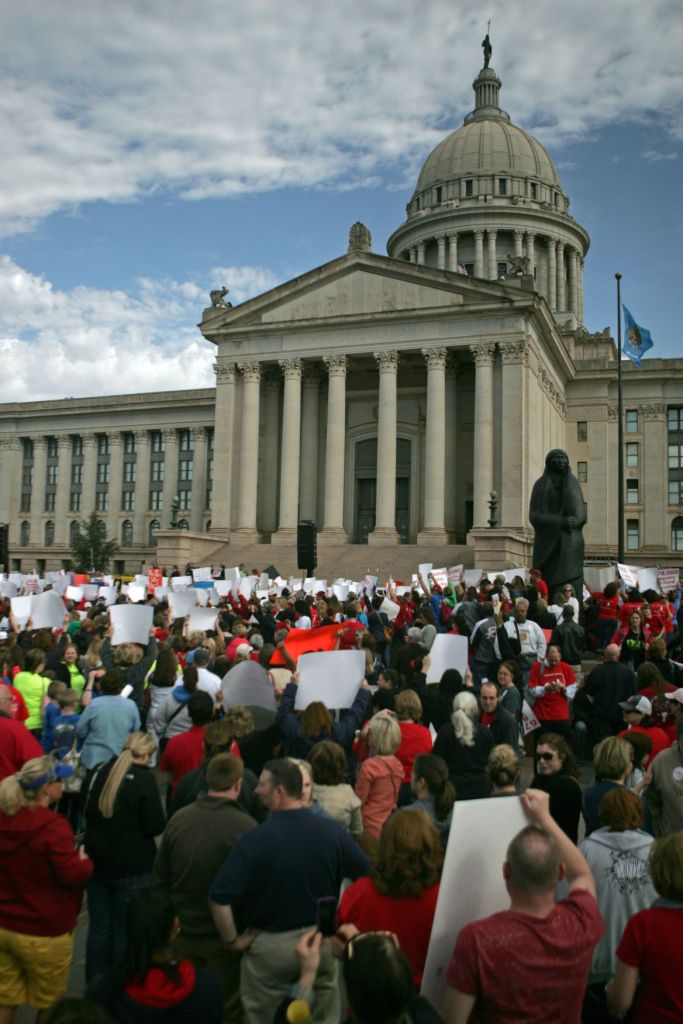 Oklahoma lawmakers are not looking to change history as much as they want to change how students study it. That, at least, seems to be the perception coming out of Oklahoma City after a state representative authored a bill that would eliminate and replace current Advance Placement (AP) history classes throughout the state’s public schools.

According to the Tulsa World, Fisher says AP U.S. history courses emphasize “what is bad about America,” and that the AP framework omits the concept of “American exceptionalism.”

Following the introduction of the bill, the committee approved the bill along party lines 11-4. All Republican members voted in favor and all Democrats opposed.

The legislation heads to the full House for a hearing.

The debate over AP history course content originated partly with retired school teacher Larry S. Krieger. Two years ago, the College Board released a new framework for the exam. Krieger was unhappy with the alterations the College Board made.

“As I read through the document, I saw a consistently negative view of American history that highlights oppressors and exploiters,” Krieger told Newsweek last summer.

“Instead of striving to build a city on a hill, according to the Framework our nation’s Founders are portrayed as bigots who ‘developed a belief in white superiority’—that’s a quote—that was in turn derived from ‘a strong belief in British racial and cultural superiority’ and that of course led to ‘the creation of a rigid racial hierarchy.”

Krieger became the face for groups looking to fight the new framework. A fight that has been picked up by several state legislators that include Texas, South Carolina and now Oklahoma.

During the hearing on HB 1380, state lawmakers also looked into the legality of all AP courses, comparing them to Common Core, which Oklahoma repealed last year.

According to the Tulsa World, state Rep. Sally Kern, R-Oklahoma City said she asked the state attorney general to review whether AP courses violate the legislation that repealed Common Core. Kern argues that “AP courses are similar to Common Core, in that they could be construed as an attempt to impose a national curriculum on American schools.”