Colleges are trying to get students to make a course correction 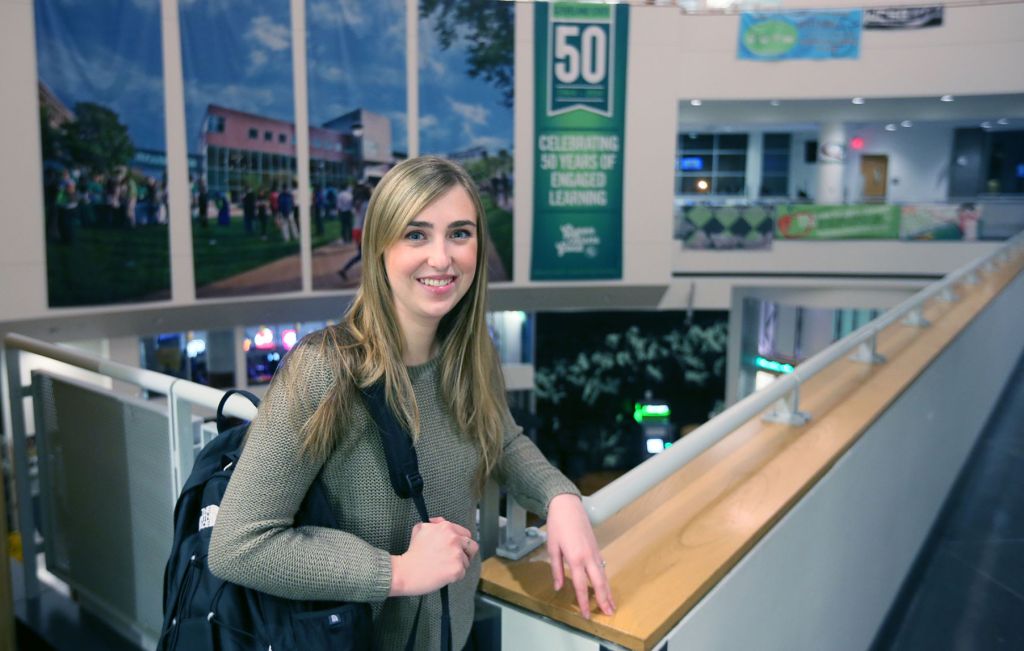 Cleveland State University made a proposition to its students two years ago: Take a full course load of 30 credits a year and get $200 off tuition and a $200 book stipend.

Only 32 percent of its undergraduates finished a degree within six years, if at all. Hundreds of students were slipping through the cracks as the cost of college went up and up — and they took on thousands of dollars more in debt.

“The most effective way to limit costs is to limit time toward a degree,” said Ronald Berkman, president of Ohio’s eighth-largest public university with almost 18,000 students.

“If we can get students to take 30 credits in the two semesters and in the summer, it would keep them on pace to graduate in four years.”

After the first year of the cash offer, 14 percent more students were carrying a full load of classes. And they’ll get that payback every year they sign up for and complete 30 credits.

Cleveland State is not alone.

Barely half of college students in the United States earn degrees within six years, and that is pushing up the amount of outstanding student debt in this country, estimated to be $1 trillion. Students who spend an extra year or two often finish up with crushing debt. And the dropouts are left with debt and dismal prospects of earning enough money to repay the loans.

The Obama administration has sought to restore the United States as the country with the highest proportion of college graduates by 2020. And while it has invested billions of dollars in grants, tax credits and student debt relief to make college more affordable, graduation rates have only inched up.

The president renewed the debate on college affordability this year with his proposal to make two years of college free. But federal spending may not be enough to address many of the underlying problems that can lead students to quit, including climbing costs and lack of preparation and support.

Schools like Cleveland State are striving to reach students before money becomes the reason they delay taking a class or drop out altogether.

Katelyn Kish, a junior studying health science, has a partial scholarship that covers a lot of her expenses, but the cost of books has strained her wallet.

Kish said her friends and fiance have also come to rely on the extra help from the university.

Compared with other states, Ohio has kept annual tuition increases to a minimum, raising prices by 4.1 percent, or $398, on average since the recession, according to the College Board, an education nonprofit. Still, the $9,600 sticker price for in-state students at Cleveland State is higher than the national average, although its $13,000 out-of-state tuition falls below. At those prices, taking longer to graduate can get very expensive.

The authors of the report argued that colleges have added too many unnecessary degree requirements, and students are not encouraged to take a full course load, which would get them out the door faster.

Cleveland State took the approach of streamlining its course catalogue and offering more sections of the classes that were most in demand. Students can register for all three terms at the beginning of the academic year to make sure they get the classes they need to graduate.

Before the changes took effect a year ago, Berkman said, students would either take fewer credits because they couldn’t get into the class they needed or take a course they didn’t need in order to hold onto financial aid.

The university also capped the number of credit hours needed for a bachelor’s degree at 120 hours, rather than 120 to 144 hours.

Across the country, the average graduate accumulates 138.4 credits before earning a bachelor’s degree, when 120 is usually sufficient, the Education Department reported.

Add another 20.3 credits for the average number of courses students fail, repeat or withdraw from and those credit hours jump to 158.7 credits earned or attempted. At an estimated cost of $361 per credit, that’s a lot of extra debt.

Carrying a full course load, however, may not work for students juggling school, work and family, not to mention those who simply can’t afford it. And those are exactly the hurdles that Cleveland State officials recognize, Berkman said.

The school has the highest percentage of students who are eligible for Pell Grants, a form of federal aid that goes to the neediest kids, within Ohio’s public university system. About half of its students are the first in their family to go to college — and they often have to work and take courses.

“We have a population that has significant financial challenges,” Berkman said. “And they need a lot of support.”

To track students’ progress, Cleveland State began using software to alert counselors to who was struggling in class and to map out what courses students need at various points to obtain a degree.

The strategy is similar to one employed at Georgia State University, which has gained national attention for its efforts to increase graduation rates. Two years ago, the school created a system using predictive analytics to flag students in danger of falling behind or dropping out.

Georgia State President Mark Becker said students are six to seven times more likely to drop out because of financial reasons than academic. As a result, the school is quick to have students meet with advisers if they start taking courses that will bring them no closer to graduating but tack on more money to the cost of college.

The school has identified students who can’t afford the one or two credits more they need to carry a full course load. To help, it has created a grant program to plug those sorts of small gaps. Students don’t even have to apply for the Panther Retention grants, the school simply provides the money to those with the most need and best chance to graduate.

“If we admit you, we’ve already said you’re academically qualified,” Becker said, “so we need to be more proactive about getting you to graduate.”

As it stands, only 50 of the more than 580 public four-year institutions report on-time graduation rates at or above 50 percent for their first-time, full-time students, according to the Education Department.

Those figures are a point of contention in academia because they capture only first-time, full-time students who finish where they began. And their accuracy has become even more critical as the Obama administration forges ahead with the creation of a college ratings system to measure student outcomes.

Critics worry that as schools feel more pressure to hit higher graduation rates, some may rush unprepared students along or become even more selective about admissions. Either would likely affect low-income and minority students.

“It would be a mistake to simply admit students who are better prepared to increase your graduation rate,” said M. Peter McPherson, president of the Association of Public and Land-Grant Universities. “A university has to measure its success with several different measurements, including whether students get jobs and, of course, if they graduate.”

Researchers at the National Student Clearinghouse found that more than 31 million students have enrolled in college and left without earning a degree over the past 20 years. Almost a third of these students lasted for no more than a semester in college.

States, including Ohio, are starting to tie funding for public universities to graduation rates. Berkman said Cleveland State was working on its initiatives before the state legislature stepped up.

It has been about five years since the university began rejiggering its system to get students on a faster road to graduation. Now Cleveland State boasts a 22 percent increase in completion rates.

“Not everyone can finish, but we have to create a culture that values completion,” Berkman said. “I’m trying to focus the entire university community on the notion that it’s all of our responsibility to help students who can finish, finish.”