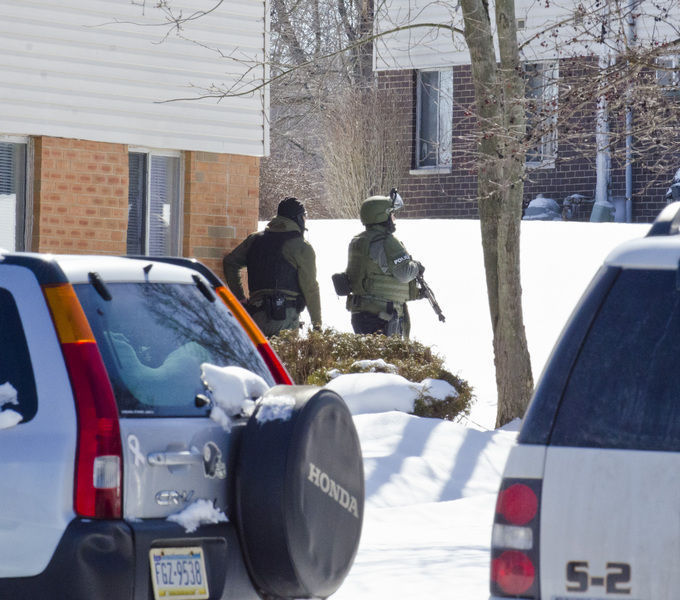 SHARON, Pa. — A disagreement between friends at a birthday party ended in a fatal shooting early Saturday and prompted a massive ground and aerial manhunt for the suspected gunman.

Police said they were called around 2:30 a.m. Saturday to a home where people were celebrating the birthday of 31-year-old Michael Dwayne Bagnall.

Bagnall is charged with criminal homicide in the shooting death of Jaylen “Bubby” West, 23.

“We were called there for a disturbance,” Sharon Police Chief Gerald Smith said of the party celebrating Bagnall’s birthday. “There was … a disagreement of some sort and that’s when Bagnall pulled a gun and shot West. There was no drug deal.”

Smith said his officers were still searching for Bagnall on Saturday.

“We don’t have him in custody yet. We’re tracking down leads,” Smith said. “He has ties to Youngstown and Warren. We’re confident that we’re probably going to find him. A task force of marshals are ready to go.”

By 10 a.m., law enforcement from Sharon and Southwest Mercer County Regional police departments, the Mercer County Critical Incident Response Team, the county sheriff’s department and district attorney’s office, and the state Board of Probation and Parole gathered in the Sharon City Building’s Connelly Boulevard parking lot as a state police helicopter landed nearby.

Officers stormed several homes and apartments in search of Bagnall, before sources told police that their suspect had left a nearby hotel and crossed the state line into Ohio. U.S. Marshals were then called, Smith said.

The search continued throughout the day with authorities posting Bagnall’s picture on social media and television, calling him armed and dangerous, and urging anyone who sees him to call 911.

According to court records, Bagnall was released from state prison in October 2012, after being sentenced in June 2009 to serve 41/2 to 15 years on a charge of robbery after he fractured a man’s face and stole $900 from him.

Bagnall and West “were acquaintances …. It was just a disagreement that ended in a fatal shooting,” Smith said.