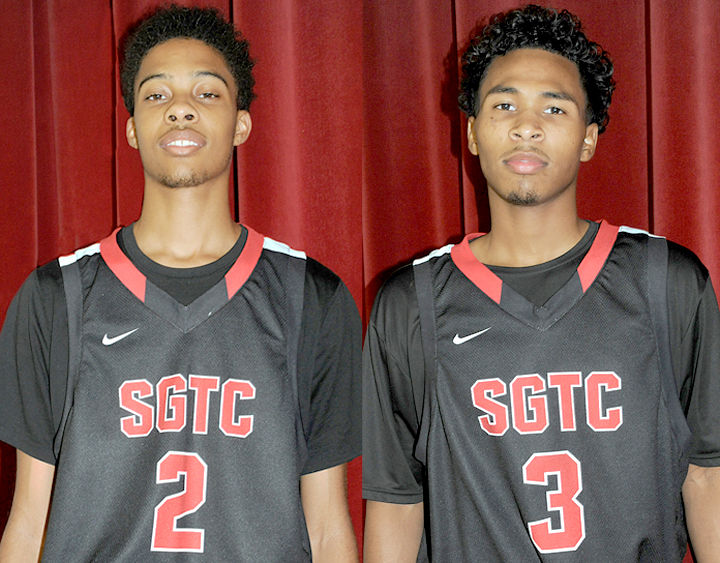 Parks, a 6’5” sophomore shooting guard from Charlotte, NC, is a junior college transfer to South Georgia Tech this season. He has started 17 of the 25 games that he has played in for the Jets this year.

Parks is currently the leading scorer for the Jets with 16.7 points per game.  He is shooting 46.4% from the field and 40 percent from the three point line. He is also a 72.2 percent free throw shooter. He is averaging 3.6 rebounds and 2.8 steals per game this season.

Christian Nobles, who earned an honorable mention spot on the All-Conference Team, is also a sophomore. He is from Martinez, Georgia. The 5’9” point guard averages 12.2 points per game, shoots 45.8 percent from the field, and 70.7 percent from the foul line. He is also a 37.7 percent three point shooter.

In addition to his scoring ability, Nobles also averages 4.2 rebounds per game 2.8 assists and 1.6 steals. He has started all 29 games that he has played in for the Jets.

The Jets finished the 2015 season in third place in the GCAA with a 12 – 6 conference record. They are 21–9 overall. This is Douglas Byrd’s first year as head coach for the Jets. He served as an assistant coach last season when the Jets earned their second trip to the NJCAA National Tournament and finished with their most wins ever with 29.

The Jets will be hosting Georgia Perimeter in the NJCAA Region XVII tournament quarter-final playoffs at 7 p.m.on March 3. Admission to the game is $5 each with students, faculty, staff, and Jets booster club members admitted free of charge.

The winner of the March 3 game will face the winner of the Georgia Highlands vs. Gordon College match in the semi-final round at South Georgia College if they win their opening round game against Central Georgia Tech on March 3 at 7 p.m. In the other game, Chattahoochee Tech will host Atlanta Metro.