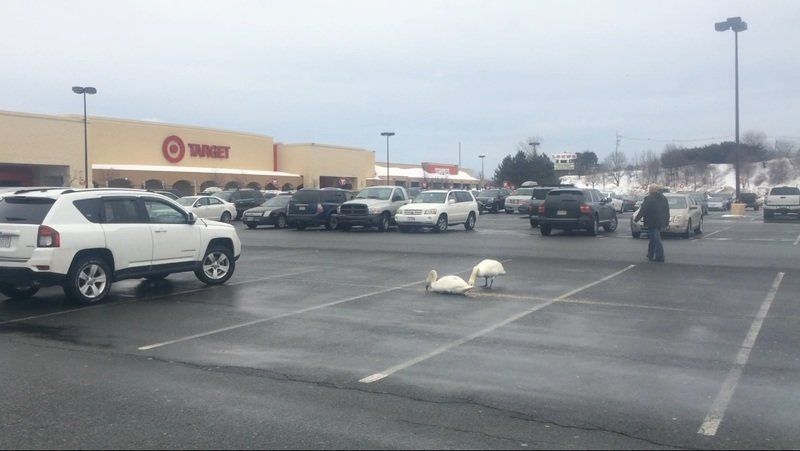 DANVERS, Mass. — The seemingly never-ending snow and cold this winter has driven many couples to the malls for an escape.

That includes an unusual couple, a pair of swans who seem to like the parking lots at Liberty Tree Mall and Endicott Plaza so much that they are reluctant to leave, according to police and health officials.

The swans, apparently frozen out of their usual nesting spots, have sought refuge in the busy commercial parking lots and they have not gone unnoticed.

Police posted on Facebook Tuesday they have been receiving “an overwhelming volume of calls relating to the swans that have taken up residence in the parking lots around town.”

The message from police and health officials is simple: Don’t feed the swans. Beyond that — forget about them.

“The Animal Control Officer has been checking in on the swans daily,” police said. “They are not in distress at this time.”

“This winter has definitely been very hard on wildlife,” said Ami Bowen of the Animal Rescue League. “We have encountered several swans in unusual places.”

A rescue team from the Animal Rescue League of Boston was in town Wednesday, but the swans flew off as soon as the rescue team took two steps out of the van.

“That’s good,” Bowen said, “Because it means they are strong enough to fly.”