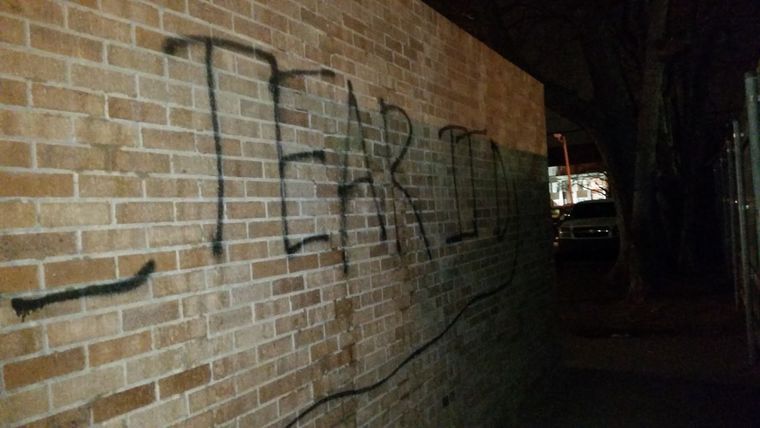 NORMAN, Okla. – Sigma Alpha Epsilon fraternity has shut down its chapter at the University of Oklahoma in response to a nine-second video on YouTube showing members singing racist chants and vowing never to admit black students.

University President David Boren said an investigation is underway into the origin of the video and  those who participated in it. He called it the most despicable act he’s witnessed in 20 years as head of OU.

“This behavior will not be tolerated and will be addressed very quickly,” said Boren, a former U.S. Senator from Oklahoma. “This behavior is contrary to all of our values.”

Boren was among hundreds of students, faculty and staff who gathered on campus Monday morning to protest the video and the behavior of SAE members. The half-hour demonstration involved a march from Evans Hall to the student affairs offices in the student union.

The brief video was taken with a cell phone camera on a party bus over the weekend, and posted to YouTube Sunday afternoon by a black student group, Unheard of Movement.  It promptly went viral. It was not known who took the video or from whom the group obtained it.

The video shows young white men and women in formal wear on a bus chanting anti-black slurs, including a reference to lynching. The chant vows that black students will “never” be allowed to join the university’s SAE chapter. A tuxedo-clad male is seen standing in the aisle of the bus, chanting and pumping his fist in the air. A young woman seated nearby is seen clapping.

“Even after 50 years after the events that occurred in Selma, Alabama we still have a reason to march,” the black group said in a statement posted with the video. “We as a people have indeed come a long way, but yet still have so far to go.”

Brad Cohen, national president of the SAE fraternity, said he viewed the video and had “no mental reservation whatsoever that this chapter needed to be closed immediately. SAE is a diverse organization and we have zero tolerance for racism or any bad behavior.”

SAE is one of the largest college fraternities in the country. It has chapters on more than 2,000 college campuses.

An unknown person spray painted the words “Tear it D” on the north wall of the fraternity house Sunday night.

Details for this story were provided by the Norman, Okla., Transcript.