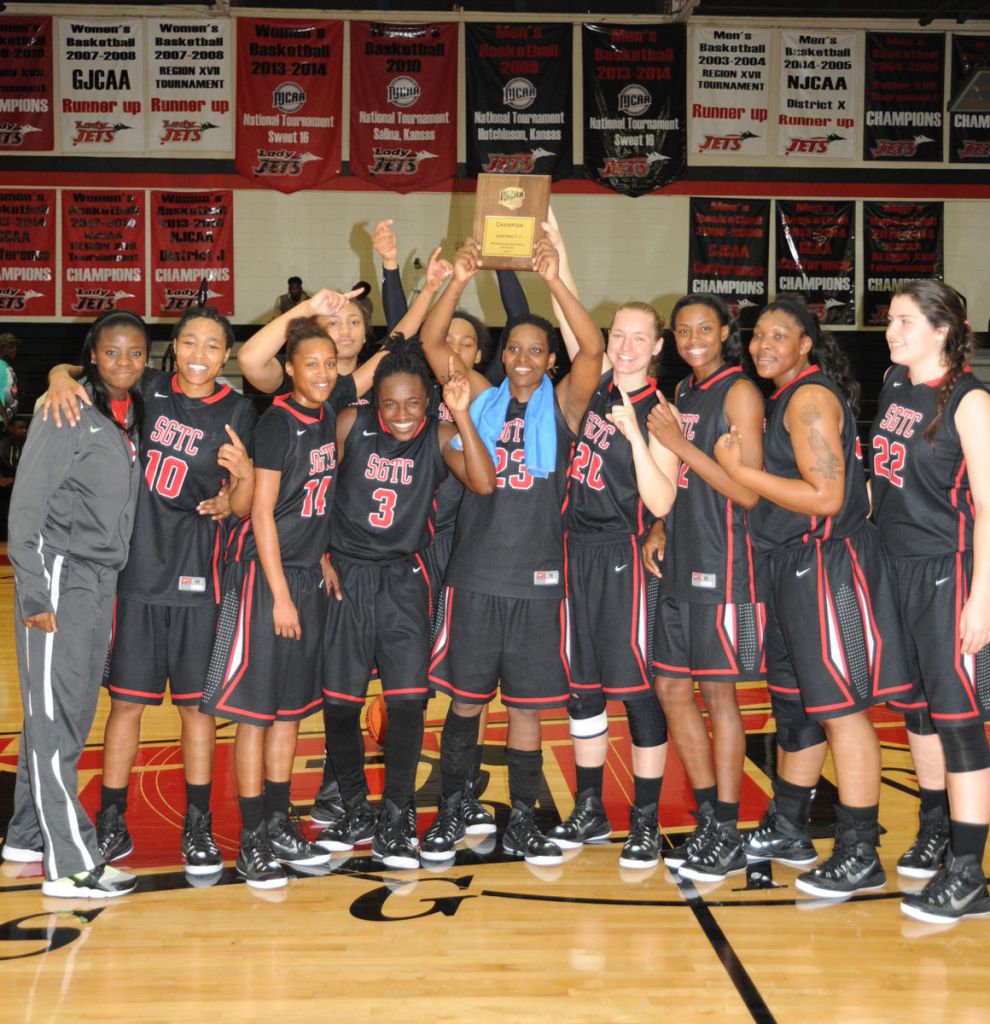 “This was unbelievable,” said South Georgia Technical College Athletic Director and head women’s basketball coach James Frey. “Denmark Tech really got after the ball and they forced us to make a lot of turnovers, but we just kept playing our game and were finally able to turn the corner and get the win.”

The Lady Jets started this season with only two players returning from that Cinderella season.  They secured one transfer from Landers University and recruited seven freshmen. Despite all odds, the Lady Jets defeated the nationally ranked Darton College Cavaliers in the NJCAA Region XVII tournament finals last week and then came back and upset the Denmark Tech Lady Panthers who were 20–5 and the top ranked team from NJCAA District X which includes South Carolina, North Carolina, and Virginia. Denmark Tech also had the NJCAA’s leading scorer this season, Iyanna Jones, who normally averages 29.6 points per game. The Lady Jets held her to 14 points.

“This was a total team effort,” said Coach Frey. “Everybody did what they had to do to help us win. We knew they were going to key on TaQuandra Mike but then we had Bre Armstrong step up. After they started keying on Bre, and Molly Brown, Cierra Bond, Brittany Delva, Asia Smith, Deanna Williams, Ty Henderson, Mikaylia Wallace, and Claudia Pelencio all stepped up. That is what we are going to need again if we plan to do well in the national tournament.”

Alexis “Bre” Alexander was the top scorer for the Lady Jets. She had 22 points and 10 key rebounds as well as five assists. TaQuandra Mike was right behind her with 20 points. Mike set an all-time record for three pointers in a single game against Darton in the playoffs and while she didn’t break her own record, Saturday, she did come up with six key three pointers against Denmark Tech. She also had four rebounds and three assists.

Freshmen Molly Brown and Cierra Bond contributed nine points each and freshman Brittany Delva added seven points and six assists. Deanna Williams and Asia Smith both tossed in six points and Smith pulled down eight rebounds while Williams had five. Ty Henderson closed out the scoring for the Lady Jets with four points. All 10 of the Lady Jets played and contributed.

The Lady Jets received their first votes to be included in the NJCAA Top 25 teams last week, but still fell shy of the actual poll. Hutchinson Community College is currently the top-ranked women’s Division I team in the NJCAA with a 30–0 record and Chipola College is second with a 27–1 overall record. Northwest Florida State College, Trinity Valley Community College and New Mexico Junior College round out the five teams.

The top eight teams will receive a bye in the National Tournament which begins on March 16th in the Bicentennial Center in Salina, Kansas. Only the top 24-teams in the nation have the opportunity to advance.