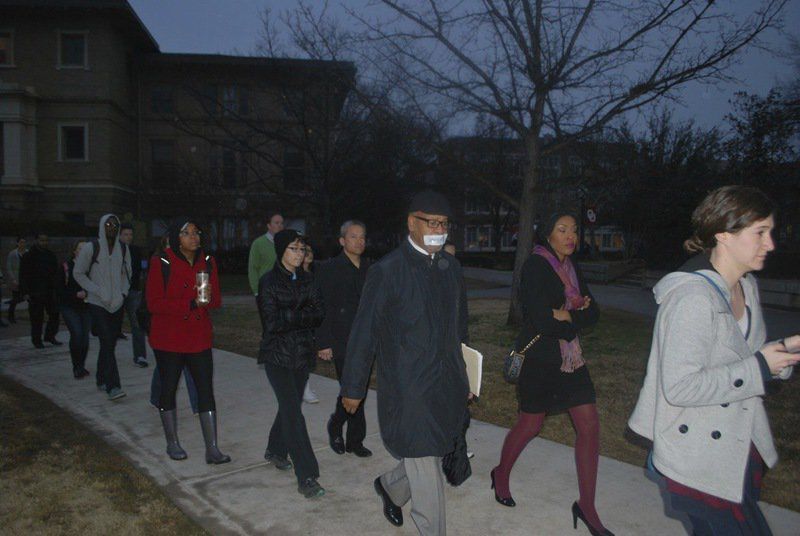 Two students identified as having a leading role in a racist chant by members of the Sigma Alpha Epsilon at the University of Oklahoma were expelled Tuesday in connection with the matter, the school’s president said.

The expulsions of the students, identified late Tuesday as Parker Rice and Levi Pettit, came two days after a video of SAE members repeating the racist chant on a bus surfaced and began circulating through social media.

“I have emphasized that there is zero tolerance for this kind of threatening racist behavior at the University of Oklahoma. I hope that the entire nation will join us in having zero tolerance of such racism when it raises its ugly head in other situations across our country,” OU President David Boren said. “I am extremely proud of the reaction and response expressed by our entire university family — students, faculty, staff, and alumni — about this incident.

“As parents of Levi, we love him and care for him deeply. He made a horrible mistake, and will live with the consequences forever. However, we also know the depth of our son’s character. He is a good boy, but what we saw in those videos is disgusting,” the Pettits said via an established website.

“While it may be difficult for those who only know Levi from the video to understand, we know his heart, and he is not a racist. We raised him to be loving and inclusive and we all remain surrounded by a diverse, close-knit group of friends,” the Pettits continued.

Rice released a statement via his father, Bob, shortly after the Pettit family, stating that not only is he sorry for what transpired, but that he has also withdrawn from OU as a result.

“I know everyone wants to know why or how this happened. I admit it likely was fueled by alcohol consumed at the house before the bus trip, but that’s not an excuse,” Rice said in his statement, according to The Dallas Morning News. “Yes, the song was taught to us, but that too doesn’t work as an explanation. It’s more important to acknowledge what I did and what I didn’t do.”

Rice went on to acknowledge that he momentarily disregarded the morals he learned from his parents and while in school.

“For me, this is a devastating lesson and I am seeking guidance on how I can learn from this and make sure it never happens again. My goal for the long-term is to be a man who has the heart and the courage to reject racism wherever I see or experience it in the future,” Rice said.

The expulsions and apologies followed more than a day of protests that included members of the Oklahoma football and men’s basketball teams, who participated in gatherings Sunday night and Monday morning. Basketball coach Lon Kruger called the video “disgraceful, embarrassing and totally uncalled for.”

“I think that’s the feeling of everyone, not just the athletes, but everyone anywhere,” Kruger told the Norman (Okla.) Transcript. “You don’t want anyone subjected to that. You don’t want your children to see it. It’s not just an athletic thing; it’s across the board.”

Another video connected with SAE at Oklahoma was also creating controversy Tuesday. In it, the fraternity’s house mother, Beauton Gilbow, can be seen chanting a racial slur along to a song by rapper Trinidad James. The video was surfaced on the website of the university’s student newspaper, The Oklahoma Daily.

Gilbow released a statement saying she is not a racist.

“I have friends of all race and do not tolerate any form of discrimination in my life,” Gilbow said. “I was singing along to a Trinidad song but completely understand how the video must appear in the context of the events that occurred this week.”

The Norman (Okla.) Transcript contributed to this story.