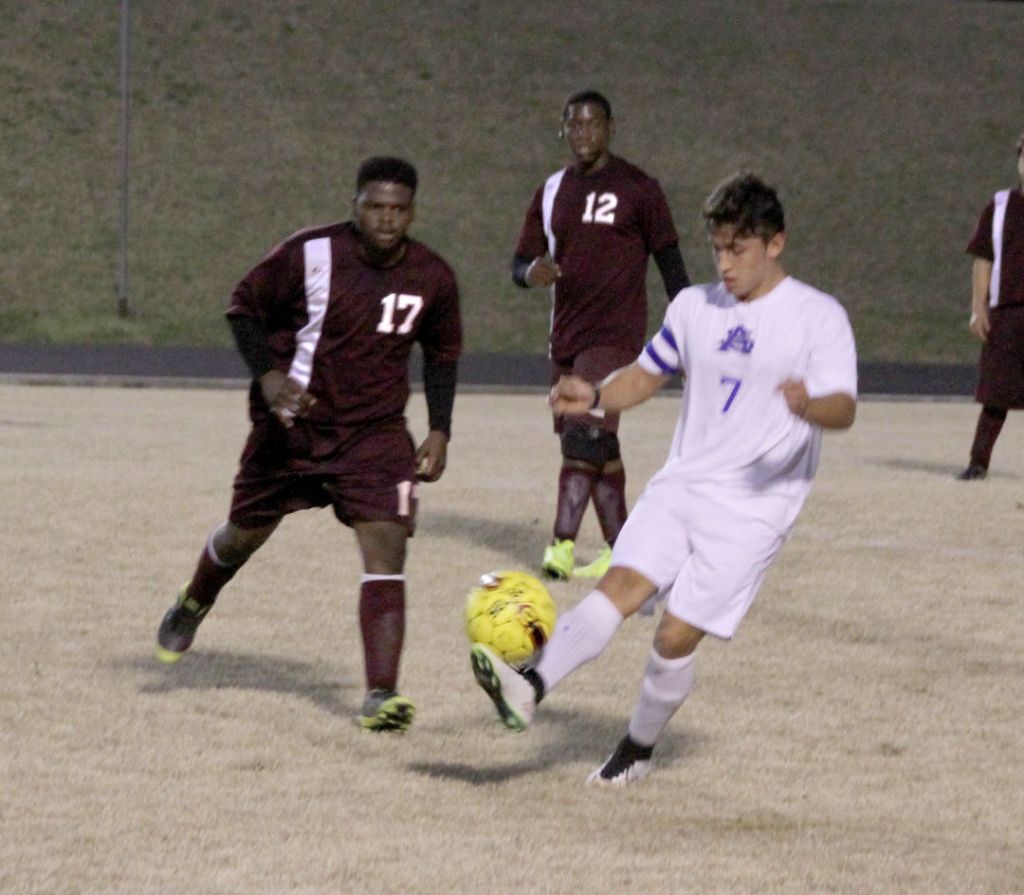 AMERICUS – The Americus-Sumter boys soccer team stormed the pitch with a vengeance on March 10, hosting the Dougherty County Trojans and grabbing a whopping 10-1 victory.

With this win, the Panthers improve to 4-4 overall on the season. The team’s region record improves to 3-0.

Eager to establish themselves as the team to beat in the region, the Panthers came out strong and showed their opponents that they meant business in the team’s third region 1-AAAA match of the season.

On the win, Coach Fowler stated “It was an interesting game. The Panthers won the first half 1-0, then, we put up nine more goals in the first 30 minutes of the second half. The first goal of the second half came on the kick-off. Jonathan Abarca played the ball up to Frankie [Gonzalez] to finish.”

Gonzalez, the Panthers’ striker, scored seven goals. Abarca put one in as did Luis Torres and Carlos Virgen. The Panthers won the contest 10-1.

The Panthers defend their region record on March 13, hosting Worth County in Americus.

*The name of the Dougherty team was erroneously stated as the Bearcats in the March 13 print edition.