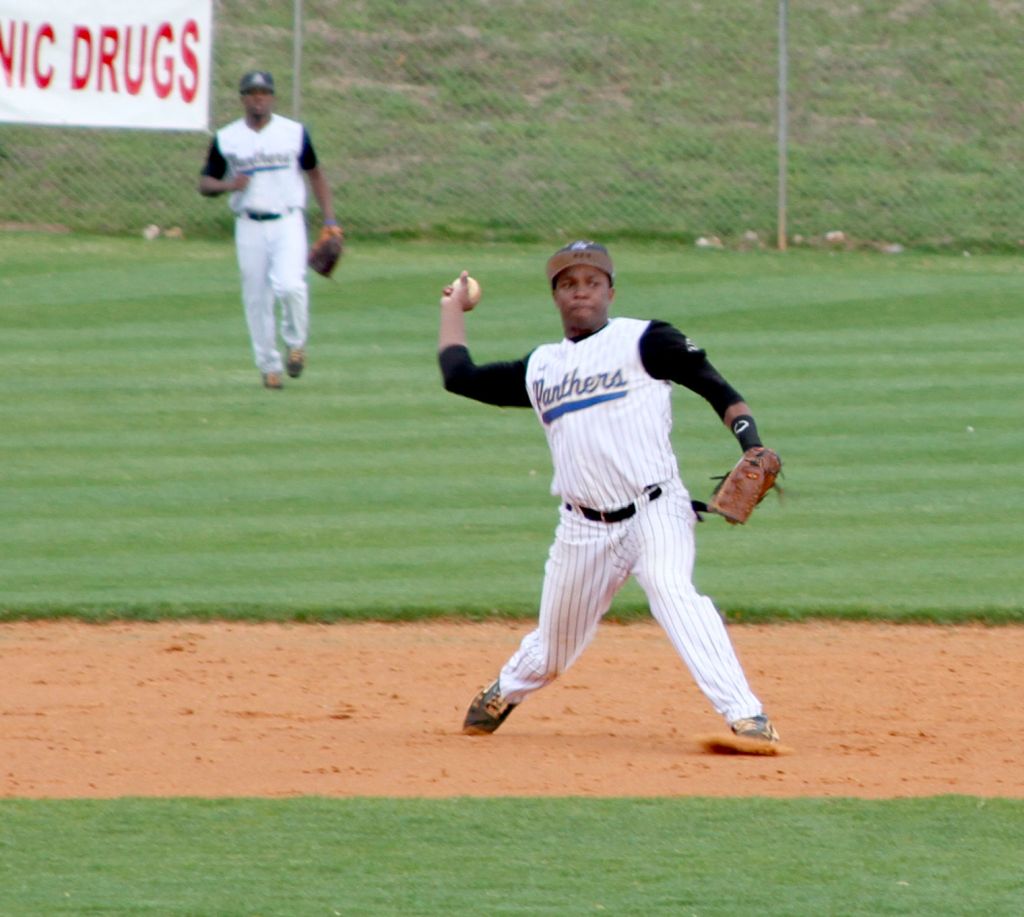 AMERICUS – The Americus-Sumter Panthers baseball team saw their record sink to 1-6 this week after a trio of region 1-AAAA losses to Cairo, Crisp County, and Cook County. The Panthers dropped an 11-0 decision to the Cairo Syrupmakers in Americus on March 6 before falling 18-2 to the Crisp County Wildcats on March 9 in their home stadium. The Panthers traveled to Adel on March 11 to face the Cook County Hornets, falling 4-7 in the contest.

The Panthers took a hard hit on March 6, with the 11-0 defeat at the hands of the Syrupmakers.

Eager to bounce back, they returned to Bell Stadium on March 9 for the Crisp County game.

The Panthers got off to a rough start from the beginning of the match, allowing Crisp’s heavy hitters to bring in three runners in the top if the first inning.

With the bottom of the first remaining scoreless, the Panthers made short work of the Crisp batters in the top of the second. ASCHS Pitcher Jakob Hicks gave up one run in the beginning of the inning and Braelin Williams caught a line drive to right field for the first out.

Crisp’s next batter popped up a foul to the right and Hicks made an impressive diving catch to snag the second out. Hicks seemed to have fallen on his right shoulder when making the catch. Americus-Sumter fans watched intently as he got up rubbing his shoulder, eager to find out whether Americus-Sumter’s starting pitcher would be able to continue. The fans cheered as Hicks returned to the mound, visibly shaken, but eager to proceed. Third-baseman Devyn Coley grabbed the next batter’s grounder and fired it off to first baseman Will Griggs in plenty of time to tag the bag for the final out without giving up a run.

Upon returning to the dugout, ASCHS Shortstop Duane Crawford singled a grounder past Crisp’s third baseman for the Panthers’ first hit of the game. Crawford took a long lead off the bag, practically daring the pitcher to attempt to pick him off. Crisp’s pitcher took the bait and fired off a shot to first, which missed its mark, allowing Crawford to make it all the way to third base.

The Panthers put their first point on the board when Crawford scrambled to home plate following a catcher error, bringing the score to 1-3.

When the Panthers returned to the outfield, Hicks’ discomfort on the mound seemed evident as he walked the first batter before allowing a pair of hits that were easily caught for two outs. Despite the inning’s strong start, the Wildcats managed to bring three more runs before being sent back, widening the gap to 3-1.

The Panthers did not manage to bring in any runners in the bottom of the third and Crisp continued their hard offensive push upon returning to the plate. The Panthers grabbed two quick outs before Hicks’ arm began missing its mark, walking two batters and giving up one hit. Williams then took the mound to relieve Hicks and pitch the final out, but took some time to warm up, walking an additional two batters before the Panthers were able to return to the dugout. The Wildcats led 9-1 going into the bottom of the fourth.

The Panthers would not post another run until the bottom of the fifth inning Isaiah Ingram drew a walk and managed to steal second. Griggs then hit a grounder down the center, allowing Ingram to advance to third. Ingram came in on a sacrifice grounder by Williams to narrow the gap to 2-10 before the inning ended.

The Panthers quickly took down the Wildcats’ first three batters in the top of the sixth and returned to the plate. Justin Vickery singled on a hard liner past second base and Crawford drew a walk. With Tim Wilson at the plate, the Panthers looked poised for a comeback as both runners stole bases, advancing to second and third. The team’s hopes of rallying were dashed, however, as the next two batters’ hits were caught, bringing Crisp back in.

Crisp’s offense was far from finished, and managed to score four more runs before Vickery stepped up on the hill to relieve Williams. Williams pitched the last out, but the Crisp offense had come prepared. Before the Panthers had the opportunity to wrap up the inning, the Wildcats had racked up an 18-2 lead that they would hold onto until the end of the game.

Griggs led the Panthers’ batters, gaining two hits. Crawford, Vickery, and DJ Harris each contributed one. The Panthers, as a team, stole six bases in the match.

The Panthers then traveled to Adel to face the Cook County Hornets on March 11. The 4-7 loss left the team with a 1-6 overall record on the season.

The Panthers return to action on March 13, hosting the Westover Patriots at 6:30. The team will hit the road on March 16, facing the Dougherty County Trojans in Albany.