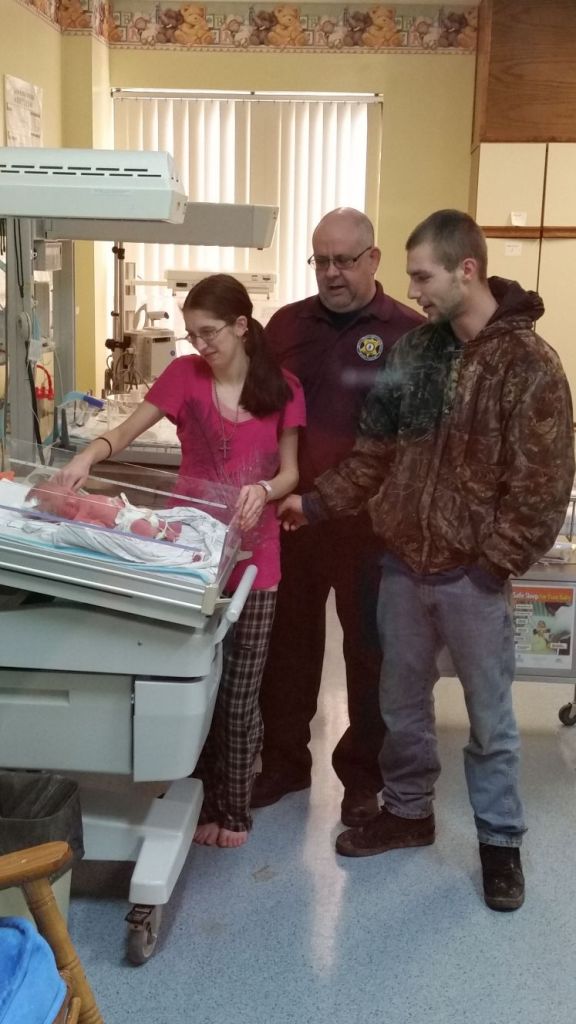 TAZEWELL, Va. — A Virginia 911 dispatcher had his skills put to the test on Wednesday when he helped guide a couple through the birth of their baby over the phone.

“This is the first delivery over the phone I have been involved in, but I have helped deliver babies in the field as an EMT,” Tazewell County Sheriff’s Office dispatcher Brian Fox. “I wanted to do all that I could so that the baby would be born healthy and safe. My main concern during the delivery process was to keep everyone calm and pray that the rescue squad arrived in time for the delivery.”

According to Sheriff Brian Hieatt, Fox took a 911 call from Daniel McDougle saying that his wife, Devin McDougle, was having labor pains.

With coaching and guidance from Fox, Daniel was able to help his wife deliver a premature but healthy baby boy, Major Harold Heatley, also with the sheriff’s office, said. Heatley said the baby boy, Dominique Isaiah McDougle, weighed 4 pounds and 9 ounces and was 17 inches long. Heatley said the mother and child were both transported to the area’s Bluefield Regional Medical Center and are doing very well.

“This is a true miracle. Dispatcher Fox was able to remain calm and provide much needed instruction to the father and mother during the entire birthing process as they waited for rescue to arrive,” Hieatt said.