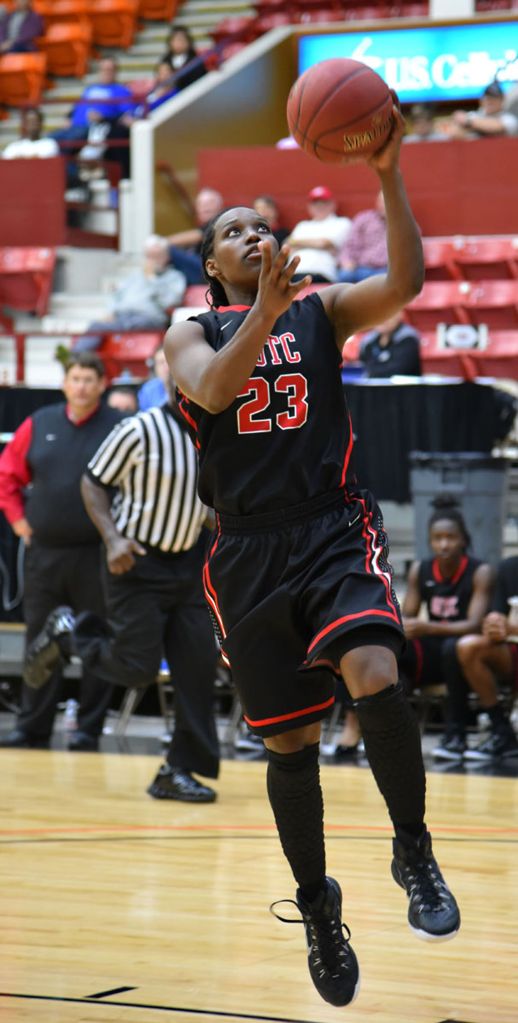 Deanna Williams came off the bench to toss in 18 points for the Lady Jets. Williams also gained four rebounds and one assist in the contest.

The Lady Cougars took an early lead in the contest, scoring the first basket which the Lady Jets quickly equalized. The teams took turns scoring for the first seven minutes of the game, tying the score four times.

At the 12:37 mark, Alexis Armstrong made a free throw that put the Lady Jets ahead for good. South Georgia Tech steadily padded their lead through the remainder of the first half, taking a 15-point 33-18 lead into half-time.

The Lady Jets continued to ride this wave of momentum into the second half, pulling ahead by as many as 21 points. The Lady Cougars attempted a come-back rally late in the second half, but could not close the gap and left the court defeated, 70-57.

The Lady Jets excelled from the charity stripe, nailing 75 percent of their attempts. The team drained four of fourteen shots from beyond the arc (28.6 percent) and landed 27 of 57 field goal attempts (47.4 percent).

Frey continued “I am very proud of our team. They were nervous, but when they executed our game plan, we looked very impressive. Now we have to step up our game if we want to have a chance against the top ranked Hutchinson College team.”

With the victory, the Lady Jets will put their 28-7 season record on the line, facing the Hutchison Community College Blue Dragons of Hutchinson, Kansas for the sweet-sixteen round of the tournament on March 17. The Blue Dragons are currently 33-0. The game will begin at 3:00 PM (EST).

The winner of that game will move into the elite-eight quarterfinal round to face the winner of the Northwest Florida State (26-4) and Central Arizona (24-4) team on Thursday at 2:00 PM (EST).