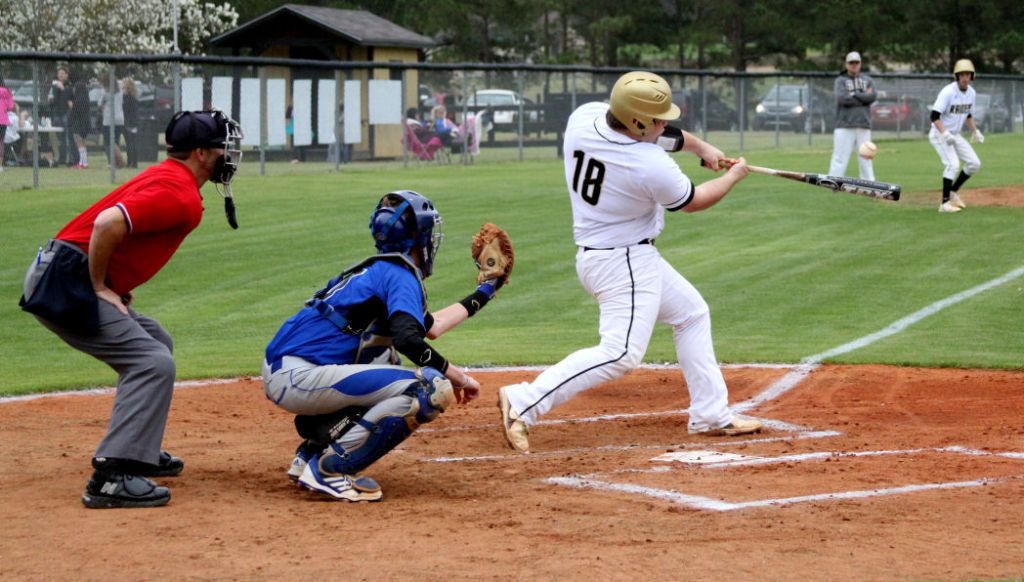 AMERICUS – The Southland Raiders continued to improve their 2015 region 3-AAA record on March 13, hosting the Terrell Academy Eagles and pulling in a massive 6-1 victory in the Americus contest. With the win, the Raiders’ season record improves to 4-1 overall and 2-0 in the region.

Prior to the game, the Raiders held a short tribute to the Wounded Warrior Project, which helps to provide care for returned soldiers who are dealing with mental or physical injuries. Retired sergeant, Dustin Bowens, of the U.S. Marine Corps threw the ceremonial first pitch.

Though neither team would gain the opportunity to score in the first inning, the Raiders pulled in all the runs that they would need in the bottom of the second.

The Raiders’ second turn at the plate began with centerfielder Geoffrey McDonald drawing a walk and catcher Hoyt Gurley advancing him to third with a line drive into the left-field gap. Stephen Turton, designated runner for Gurley, then managed to steal second. Right-fielder, Aaron Morris, then hit a sacrifice grounder, scoring McDonald and advancing Turton to third.

Back-to-back doubles from left fielder Trevor Law and shortstop Brandon Looney allowed the Raiders to put two more runs on the board before relinquishing the batter’s box.

The Raiders added two more runs in the third inning and one more in the fourth. The Eagles did not cross home Plate until the fifth inning, leaving the final score 6-1 at the game’s conclusion.

Reid Dillard is credited with the win, pitching six full innings and one-third of the final inning. McDonald relieved Dillard in the seventh, pitching the final two outs. Dillard gained eight strike-outs in the contest and McDonald gained one.

Second-baseman Ryan Weaver and Looney each contributed two hits to the win. Law and Gurley each gained one hit.

Aaron Morris brought in two RBIs for the Raiders. Weaver, Law, and Looney each brought in one.

The Raiders return to the diamond on March 17, hosting the Brookwood Warriors. The team is on the road on March 18, facing the Valwood Valiants in Valdosta.