Parents to son’s killer: “I forgive you” 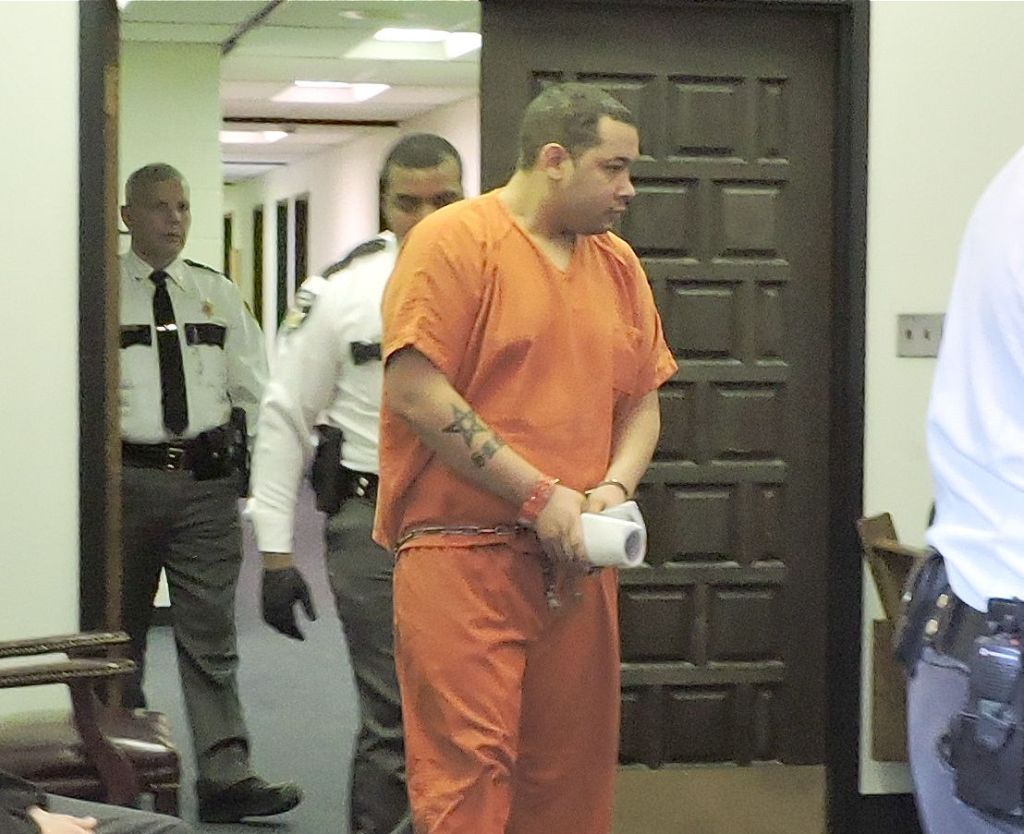 Those were the words Lakisha Elder said to Robert Hernandez Jr. as they stood in a courtroom at the Monongalia County Courthouse on Monday.

In January, Hernandez was convicted of the first-degree murder of Elder’s son, Fairmont, W.Va., native DeVante’ Waites. Hernandez stabbed Waites during an altercation at a Morgantown nightclub in August of 2014.

After finding Hernandez guilty in January, the jury recommended no mercy be given to him and that he have no chance of parole.

On Monday, Monongalia County Circuit Judge Susan Tucker followed the jury’s recommendation and sentenced Hernandez to life in prison without mercy. If mercy were granted, Hernandez would have been eligible for parole after serving 15 years.

During Hernandez’s sentencing hearing Monday, Elder spoke prior to Tucker handing down the sentence. Elder and her husband, Charles, told the court she will never get to see her son graduate from college, get married or have a family.

“You stole his life,” Elder said with tears in her eyes. “Not only was his life changed, but my life, my heart, my whole world has been shaken. You forced yourself into my life and took my baby from me.”

During her statement to the court, Elder paused several times, wanting to fight back tears. She talked about her son and what he wanted that night in the club.

“All he wanted to do was walk away,” she said. “He was never given the chance to walk away.”

Elder talked about the night her son died and that was the last time she talked to him in person.

“On the night of his death, he left in my car and headed back to his apartment,” she said. “He said, ‘I love you, Mama, and I’ll see you on Friday.’ I was so honored to be his mom.”

Elder said in her decision to forgive Hernandez, she thought a lot about what she taught her son, what her family is going through and what Hernandez’s family will be going through.

“Those were the things that made me continue to go through the process and then come to those terms where I needed to let it go,” she said.

Waites’ father, Charles Elder, also spoke to the court prior to sentencing. In his statement, he continued to tell Hernandez that “the crime (he) committed” has greatly impacted Waites’ family, friends and coaches.”

“Robert Hernandez, the crime you’ve committed against my son, my family and my friends has forever changed our lives,” he said. “The night of the incident, when I arrived at the hospital and I looked at my son’s motionless body, I felt my heart rip from my body.”

Elder said justice has been served with the guilty verdict given to Hernandez.

“Robert Hernandez, you may have taken DeVante’s life, but you haven’t taken away his memories and his smiles that he had shared in his short 19 years here with us,” he said.

Prior to sentencing, Hernandez addressed the court. As he stood with his attorney Sherman Lambert, he said, “I maintain my innocence in this matter.”

With the conviction and sentence, Lambert told the court that Hernandez has asked him to file a notice of appeal of the guilty conviction.

Following the hearing, once Hernandez was escorted out of the courtroom, the Elders embraced family and friends who were there in support.

“We’re relieved that the judge held the sentencing that the jury gave on the verdict,” Charles Elder said. “We’re happy that justice has been served for DeVante’.”

The two said they have always felt they were going to overcome the situation, but with the sentencing handed down, they said they can now take the first step.

“We finally get some time of closure after all of this,” Lakisha Elder said. “We’ll start the healing process.”