Strong stripper on the loose after drunken rage, police say 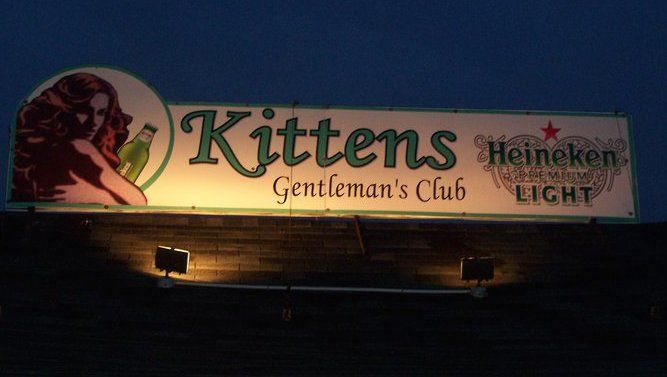 SALISBURY, Mass. — A stripper is on the run from police after failing to appear for her arraignment Monday, a little more than a day after her arrest outside the strip club where she worked for allegedly attacking three police officers in a drunken rage.

Maria Bryce, 29, had been charged with three counts of assault and battery of a police officer, resisting arrest, disguise to obstruct justice, disorderly conduct and a previous warrant upon her arrest early Sunday morning just outside Kittens Gentlemen’s Club. She was released on $40 bail.

Bryce was due to be arraigned Monday morning, but according to a court official, she never showed up, prompting the court to issue a warrant for her arrest.

According to Salisbury police officer Michael Tullercash’s report, Bryce was heavily intoxicated when police arrived at Kittens Gentlemen’s Club after receiving a report of an out-of-control employee. Wearing only a halter top and G-string underwear, Bryce had been escorted out of the club by a bouncer, kicking and screaming. Tullercash was able to calm her down enough for her to put on a pair of pants she had carried with her.

As Salisbury police Officer Patrick Szmykowski spoke to Bryce, Tullercash went inside the club to speak to the bouncer who brought her outside. The bouncer, according to his report, claimed that Bryce had just gotten into a argument with a fellow dancer and was terminated for that incident plus other incidents that began shortly after she began working there.

“He was unsure what had caused her to ‘finally snap’ and he only heard yelling and screaming from outside while he was taking out the trash,” according to Tullercash’s report.

According to Szymkowski’s report, Bryce was heavily intoxicated with glassy bloodshot eyes, slurred speech and a swaying motion of her body. When asked for identification, Bryce said she didn’t have any on her but said her name was Alisha Richards and gave him a birth date of Feb. 30, 1984. She also gave him the last four digits of a fake social security number.

“Despite February only having 28 days, I provided communications with the information to conduct a routine warrant check,” Szymkowski wrote in his report.

As Tullercash began speaking with Bryce, Szymkowski approached her boyfriend’s car. He asked her boyfriend for the spelling of her first name prompting him to spell out Maria. Bryce, who was inside her boyfriend’s car at this time, still claimed to be Richards when police found an empty prescription bottle in plain sight inside the car with the name Maria Bryce printed on the label.

Police asked her to exit the vehicle. But when she refused, police began removing her from the car and informed her she was being placed under arrest for disorderly conduct and giving a false name to police. Bryce then became violent, prompting police to handcuff her using a rear wrist lock.

It took both officers to place Bryce, kicking and screaming, in the back of the cruiser.

“As I would try to control and pull her legs fully into the vehicle, she would continuously kick my arms and hands further resisting our efforts to properly and safely secure her. Once she was fully in the vehicle and lying flat across the seat, she refused to bend her knees to allow the doors to shut,” Szymkowski wrote in his report.

Bryce continued to resist, exhibiting strength compared to a man two-to-three times her size, police said. Eventually, police employed a Taser to her lower back. But when the electric shock proved to be insufficient to halt her resistance, a third officer, Neil Moody, assisted the other two officers in finally getting her to bend her knees, allowing them to close the door.

By this time, police were able to obtain her identification through records provided to Kittens Gentlemen’s Club and determined that she had a default warrant based out of Worcester District Court. A breath test conducted at the station showed that her blood alcohol level was .125, well above the legal driving limit of .08. As a result of the struggle with police, Bryce had suffered an abrasion to her head, according to Szymkowski’s report.

Dave Rogers writes for the Daily News in Newburyport, Mass.