Judge to convicted murderer: ‘There’s something fundamentally wrong with you’ 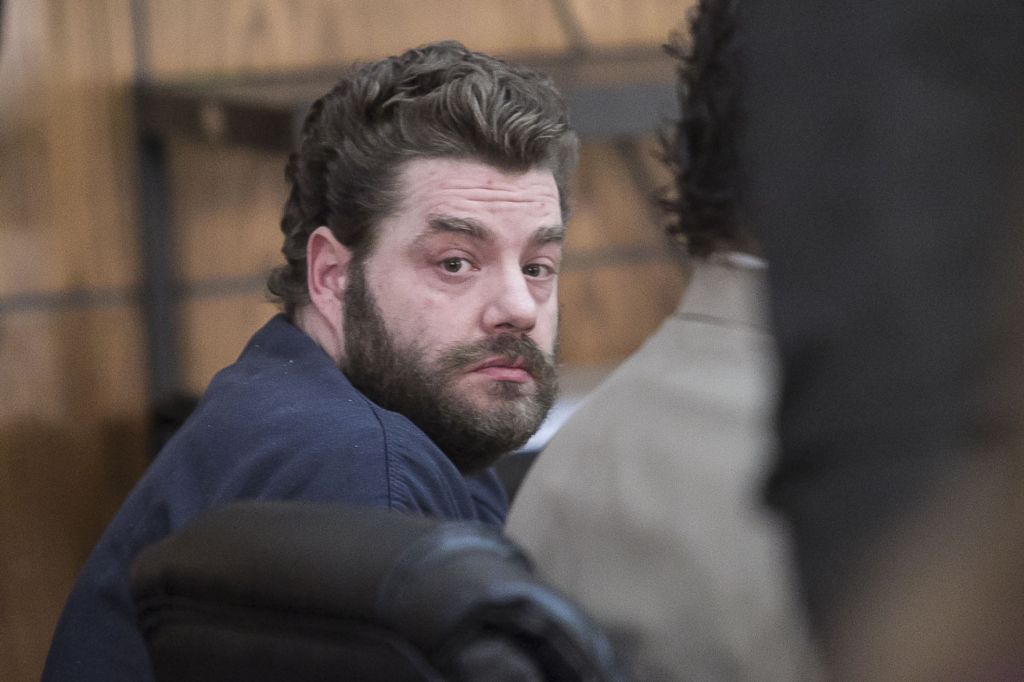 TRAVERSE CITY — A Michigan man given a life sentence without parole in a pair of killings last November was chastised during his sentencing hearing by a judge who told him, “there’s clearly something fundamentally wrong with you.”

“Clearly, you may not meet the clinical definition of insanity, but there’s clearly something fundamentally wrong with you,” Mertz told Ferguson. “You’re incapable of understanding that intentionally depriving an elderly woman of her husband, her mate for life, your four children of their mother to satisfy your own selfish urges…”

“… (I)s something that deserves the most important and serious punishment,” Mertz continued.

Ferguson, 40, was mum from that point, even after Mertz imposed the harshest punishment Michigan’s justice system offers: life imprisonment without the possibility of parole.

A guilty plea to first- and second-degree murder brought Ferguson into the courtroom where Kalkaska County Prosecutor Mike Perreault outlined Ferguson’s crimes and their impact on a close-knit community.

Perreault said he knew both victims and recalled Webber’s work for the county and Tiffany Ferguson’s volunteerism that led a local publication to recognize her as Mother of the Year in 2012.

“These two lives were abruptly ended when Keith Ferguson pulled a gun and shot the mother of the year in the head again and again,” Perreault said.

Perreault said Ferguson then strapped on body armor, gathered guns and explosives and carted his four children to Webber’s home, where he fatally shot him. He said Ferguson confessed he planned to go to another home, but took a “wrong turn.”

That took him to a Golden Road house where he held a woman, 59, hostage for seven hours before he released her and surrendered to authorities.

“In reviewing the witness accounts and forensic data, three things are clear to me: Keith Ferguson is a coward, a murderer and whatever sentence he gets is too good for him,” Perreault said.

“When I would tell her I knew one day you would kill her,” she said to Keith Ferguson, who bowed his head, “she would always reply, ‘He loves his kids too much. He would never kill me.'”

Sieting asked Mertz, on behalf of Tiffany Ferguson’s friends and family, to send Keith Ferguson to prison for the rest of his life.

Ferguson’s defense attorney, Kyle Trevas, acknowledged that would be the only penalty Mertz could give for first-degree murder, but he did ask Mertz to amend an order that Ferguson have no contact with his children.

“I suspect some time in the future they may want to talk to their father,” he said.

Ferguson himself said that’s not his desire.

“Just sentence me, kill me, whatever,” he said. “And about the children, you know they’ve been through enough … I don’t want them to see me.”

Mertz decided that Ferguson also won’t be allowed to have contact with his four children, but Sieting said she hopes the children will be able to write a letter to their father when they’re older if they choose. Sieting said she’s happy with Ferguson’s sentence.