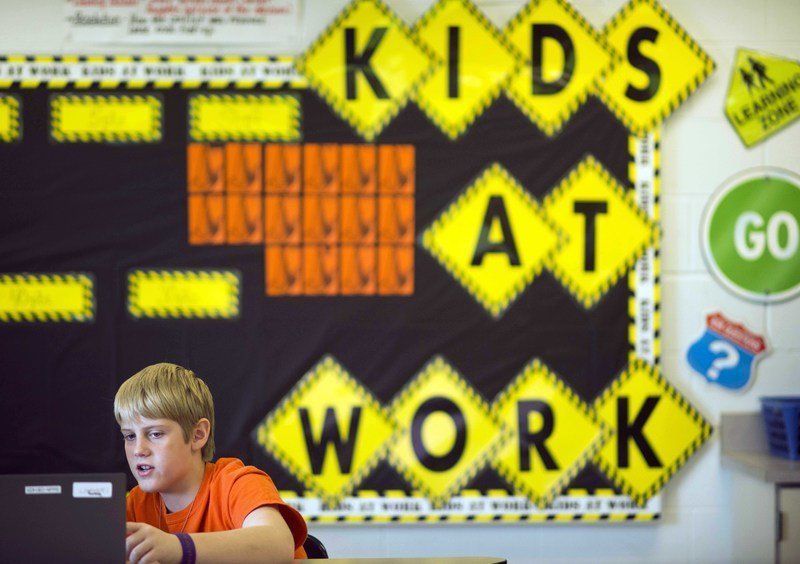 BOSTON – As students across Massachusetts take new standardized tests beginning this month, the company behind the exams will watch social media to see if anyone leaks questions or answers.

Revelations of that monitoring, which surfaced last week, have caused a firestorm among parents and educators who say it amounts to spying on students. They complain they weren’t told that students’ cyberspace activity would be scrutinized during the tests.

Massachusetts is one of a dozen states taking the Partnership for the Assessment of Readiness for College and Careers exams, or PARCC, which could eventually replace MCAS, a hallmark of standardized testing in the state for more than 20 years. The state Board of Education is expected to vote on the proposed switch this fall.

But the tests, administered by London-based publishing giant Pearson to measure students’ knowledge of new Common Core education standards, are controversial. Many school districts and parents are opting out of the tests, and opponents of the new exams say allegations of spying against Pearson have only deepened their concerns.

“It’s really disturbing,” said Donna Colorio, an educator and former Worcester School Committee member who founded Common Core Forum, which opposes the new standards. “Parents should have been notified that this company is basically spying on their kids. It’s an invasion of privacy.”

On Twitter, parents and teachers are adopting hashtags including #MonitoredByPearson, #PearsonIsWatching and #PeepingPearson, with some posting an editorial cartoon that compares the textbook company to the “Lord of the Rings” villain Sauron, with his flaming eye atop a tower.

In a statement, Pearson said it is “contractually required by states to monitor public conversations on social media to ensure that no assessment information that is secure and not public is improperly disclosed.”

“The security of a test is critical to ensure fairness for all students and teachers and to ensure that the results of any assessment are trustworthy and valid,” the statement said. “But when test questions or elements are posted publicly to the Internet, we are obligated to alert PARCC states.”

A spokeswoman for the state Department of Elementary and Secondary Education said it’s aware of the monitoring and points out that the state has a similar policy.

“We’ve been doing this with MCAS for years,” said Education Department spokeswoman Jacqueline Reis. “We’re comfortable with the policy.”

In most cases, state monitors find a student “posting a silly answer to a question” and not outright cheating, Reis said. Something that could invalidate an MCAS score is referred it to local officials.

“That’s not something we get involved in,” she said. “We let the school districts decide how to deal with it.”

But Pearson’s acknowledgment that it will monitor students’ social media during the exam period — which runs from late March to May — has prompted accusations that the company is “spying” on students without first informing their parents.

The American Federation of Teachers, one the nation’s largest teachers’ unions, has started an online petition calling on Pearson to “stop spying on our kids” and disclose details of its contacts with states dealing with test security.

“Technology is a wonderful thing, but we have to be careful how we use it,” said Tom Gosnell, a spokesman for Massachusetts chapter of the American Federation of Teachers. “We have very serious concerns about this policy. I don’t think any children should be monitored without the parent knowing about it.”

In New Jersey, a school administrator emailed colleagues last week that state officials had contacted her district at Pearson’s request about a possible test breach. A student apparently posted a photo of a question from the test on Twitter. The administrator’s email was obtained by a blogger, who posted it online with a story about the issue that went viral.

This spring, students in at least 197 Massachusetts districts — including schools in Lawrence, Haverhill, Andover, Danvers, Gloucester, Marblehead and Beverly — will take the test and receive a grade.

Students in third through eighth grades, as well as 10th grade, currently take MCAS tests in math and English, with students in other grades also taking science exams.

Even if the Board of Education adopts the PARCC tests this fall, 10th graders must continue to pass MCAS to get a diploma.

Gov. Charlie Baker, a former state Board of Education member who helped develop the MCAS standards, has expressed skepticism about the PARCC tests. He has called for an independent review of the test and public hearings ahead of the state board’s vote.