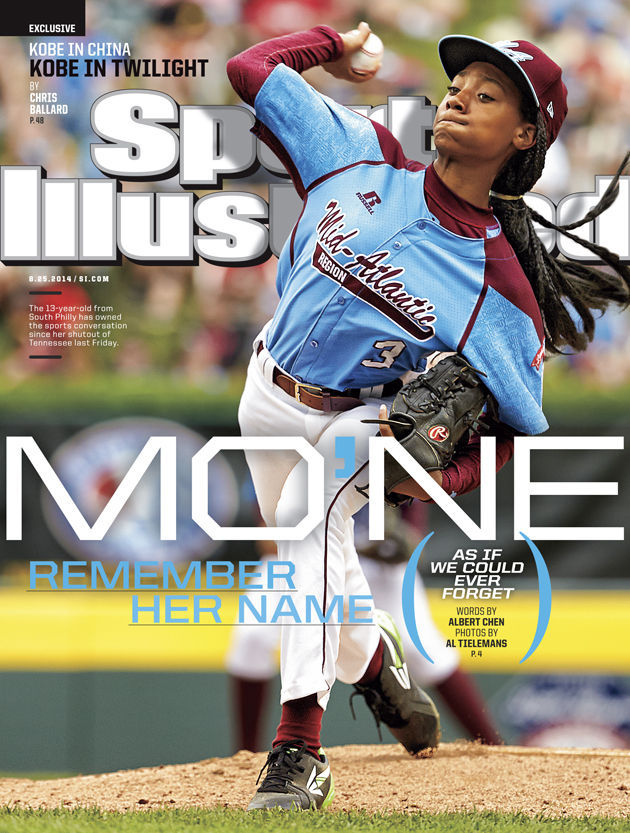 No bigger name emerged from the Little League World Series than Mo’Ne Davis. The Philadelphia, PA. born 13 year old became an over night sensation during the tournament.

Davis has earned a variety of honors from being named the AP Female Athlete of the Year to being on the cover of Sports Illustrated.

Along with writing a book, Davis announced this weekend that Disney will be making a movie about the her life. That didn’t seem to sit well with one college athlete who took to social media to express his displeasure.

Joey Casselberry, a Bloomsburg University baseball player, has been dismissed from his team after he posted an offensive tweet about Davis.

Castleberry’s post reference the announcement that Disney has decided to make a movie about the Davis.

“Disney is making a movie about Mo’Ne Davis?” Casselberry posted Twitter. “WHAT A JOKE. That slut got rocked by Nevada.”

“An example that one stupid tweet can ruin someone’s life and I couldn’t be more sorry about my actions last night,” Casselberry wrote before the account was deactivated. “Please ask you to forgive me and truly understand that I am in no way shape or form a sexist and I am a huge fan of Mo’ne. She was quite an inspiration.”

Bloomsburg quickly responded and kicked Casselberry off the team.

“Bloomsburg Univ is deeply saddened by what was written about Mo’Ne Davis by one of our student-athletes,” the school posted on Twitter. “His words do not represent us. We take matter very seriously; addressed the issue with the student-athlete (who has been dismissed from team), coach, and the team.”

However, Davis sent an email to Bloomsburg President David L. Soltz  to ask that the school reinstate Casselberry to the team.

Soltz told TMZ Sports that despite Davis’ email, the school is standing firm its decision.