A college junior at 17, student looks for ways to pay for the rest of her education 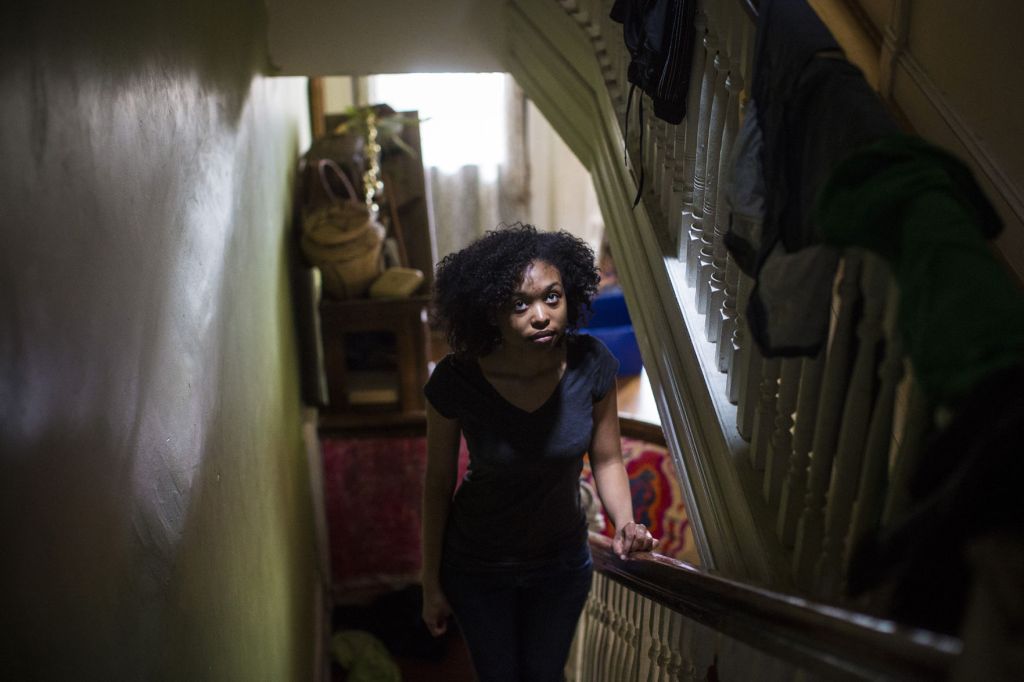 At 17, Zakiya James has a story that shows what’s very right and very wrong in American education.

Let’s just stipulate that she is pretty brilliant.

She’s a junior at Drexel University in Philadelphia. At 17. Studying civil engineering.

A professor at the University of the District of Columbia, where she went before Drexel, told me she had no idea that the smart and punctual A student in her engineering mechanics class was only 14.

“Zakiya was creative, innovative and excited,” said Lara Thompson, an assistant professor in mechanical engineering who had Zakiya in two of her classes. “And she carried herself at the same level as all the other students in my class. I had no idea about her age until later.”

When she did a fellowship at Duke University, Zakiya also surprised her professors.

“I didn’t even pay attention to her age. I was so impressed with how outgoing and smart she was, and she was operating like all the others in the program. Then we ran into some problems because none of us realized she was a minor,” said Claudia Gunsch, an associate professor in Duke’s civil and environmental engineering department.

The same student who was accepted into a prestigious research program to study nanoparticles in hazardous materials was judged by her sixth-grade Washington public school math teacher to be “sweet, but not very smart,” said Zakiya’s mom, Shawna Malone. “They told me my daughter wasn’t smart. But she was bored.”

Malone, showing the wonderful grit and determination of innovative American parents, went to work on the problem.

“My mom was determined to get me out of that school,” said Zakiya, who wound up at a small private school that was willing to give her a scholarship. “This new school allowed me to thrive. Believe it or not, my best subject became math.”

Malone, a receptionist at a doctor’s office, worked after-hours at the school to help fund her daughter’s education. She did janitorial work, and after class, Zakiya would often pitch in, cleaning floors and the desks of her classmates after they had all gone home. Her mom even cleaned houses on the weekends. But it wasn’t enough.

“Like all good things, the money ran out and for ninth grade I was back in public school. It was shell shock all over again,” Zakiya said. “I was bored, I didn’t even have to go to class or try to get A’s. My mom tried to get me into honors classes, but they said they weren’t really thinking of me for them.”

This is one of the curses of American education. Troubled, struggling kids often command attention, while smart kids who are quiet and shy get ignored.

This is certainly not a problem unique to the District of Columbia. The engineering professor, Thompson, who has MIT, Stanford and other big-name universities on her résumé, told me she was also that smart, quiet kid who was written off in her New Hampshire high school.

“When I was at the elementary school level, I was very shy, I stared out the window,” she said. “The teachers told my parents: ‘We don’t think she should be in the upper-level classes, she’s not really involved.’ But I was just introverted.”

Malone saw trouble brewing and took her then-14-year-old daughter to the University of the District of Columbia to check things out and take a placement exam.

Zakiya loved it. She enrolled in calculus, physics, chemistry, English comp. She thrived in her engineering classes and loved statistics.

Always the youngest in class, she majored in civil engineering, made the dean’s list and got involved in student engineering clubs on campus.

Two years in, she got that summer internship at the prestigious Research Experience for Undergraduates program at Duke University known as CEINT (Center for the Environmental Implications of Nanotechnology.

She was so inspired by the hands-on research experience at Duke, she applied for whatever program she could get into — fast. That turned out to be Drexel University in Philadelphia.

Today, she is thriving as a civil engineering major who still doesn’t have a high school diploma.

But here’s the part where we veer into absurdity again.

Zakiya’s family — third-generation Washingtonians — aren’t rich. Her dad manages a Jamaican carryout and her mom is still a receptionist. Her grandparents tapped out their savings paying for her UDC tuition. She has about $15,000 worth of scholarship money and financial aid, but it simply isn’t enough to cover the $70,000 in tuition, room-and-board and other expenses.

This is the kind of injustice that gets Gunsch, the Duke professor, angry. “I grew up in Europe, and education over there is free,” she said. And seeing someone with a mind like Zakiya’s struggle financially is heartbreaking.

While Zakiya was on spring break this week, she started a GoFundMe.com campaign, where she is asking people to help pay the remaining $55,000 of her annual tuition that financial aid didn’t cover.

She’s not alone. If you search the fundraising website, you’ll find 7,388 campaigns that mention tuition. Crowdfunding — virtually passing a hat — for an invention is becoming more popular in the United States. The newest trend is higher education. GoFundMe reported that the campaigns mentioning “tuition” increased more than 4,000 percent in the past few years.

“It’s sad that this kind of education is seen as a luxury in America,” she said. “But it’s good that I have to work really hard to earn it.”

You have worked hard, Zakiya. If only we lived a place where the hardest part of getting an education was in the classroom.