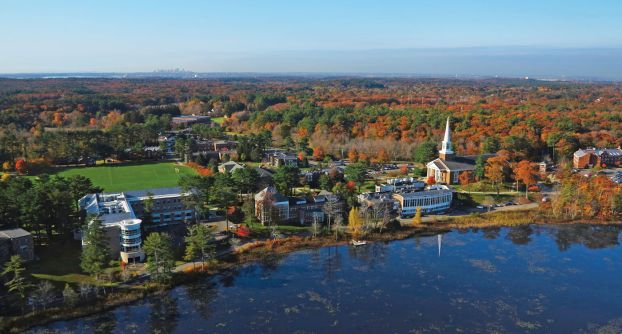 WENHAM, Mass. — A member of the U.S. Commission on Civil Rights says the school committee in the city of Lynn, Massachusetts violated the First Amendment rights of nearby Gordon College, its students and its president when it severed ties with the Christian college over its policy prohibiting homosexual practice.

In a March 23 letter to Lynn Mayor Judith Kennedy, Peter Kirsanow an attorney and a commissioner with the U.S. Commission on Civil Rights said the School Committee infringed on Gordon College’s “free exercise of religion” by voting to prohibit Gordon students from volunteering in the city’s public schools.

Kirsanow’s letter came in response to the Lynn School Committee’s 4-3 vote on Aug. 28 to terminate the “Gordon in Lynn” program, a decade-old partnership between the college and the city in which Gordon students mentored Lynn students.

Kirsanow, the longest-serving member of the eight-person civil rights commission, said he wrote his letter to Kennedy as a member only and not on behalf of the commission as a whole.

The commission was created by the Civil Rights Act of 1957 with a mission to “inform the development of national civil rights policy and enhance enforcement of federal civil rights laws.”

Lynn School Committee member Charlie Gallo dismissed Kirsanow’s criticism, calling him a “well-known conservative activist” who is “way to the right of the political mainstream.”

“I certainly stand by my position on it,” Gallo said of the decision.

Gordon College spokesman Rick Sweeney said college officials appreciate Kirsanow’s support but were surprised by the letter because no one at Gordon had been in contact with the civil rights commission.

Sweeney said the college would love to reestablish its relationship with the Lynn public schools “for the good of their students and for ours.”

“It is a partnership that worked well for 11 years, and the students should not be unfairly penalized in this process, which was the central point in the commissioner’s message,” Sweeney said. “We would hope the School Committee would reconsider and we welcome the chance to engage further with them.”

The letter stirred controversy over the college’s long-standing policy prohibiting homosexual practice and prompted the city of Salem, the Peabody Essex Museum, and the Hamilton-Wenham School Committee to end relationships with Gordon.

In his letter, Kirsanow said the Lynn School Committee was “utterly disingenuous” when it said it was breaking with Gordon College based on its intent to discriminate in its hiring practices, not on the basis of its religious beliefs or code of conduct.

Kirsanow said there is no indication that any Gordon College student-teacher has ever discriminated against a public school student.

“The committee is discriminating against these college students purely on the basis of their association with Gordon College and their imputed religious beliefs,” Kirsanow wrote. “This the Constitution forbids.”

Kirsanow said the School Committee is also violating the First Amendment rights of Lindsay, the college president. He said previous versions of the federal Employment Non-Discrimination Act that were backed by Ted Kennedy and Barney Frank had the same kind of religious exemption that Lindsay supported.

“Committee members, consciously or not, sent a message to Lynn students that the United States Constitution means little in Lynn,” Kirsanow wrote. “In Lynn, First Amendment protections for freedom of religion and of speech are worth nothing compared to secular orthodoxy regarding sexual behavior.”

Perhaps no holiday icon has become as connected with sweets as the Easter Bunny, the bearer of baskets filled with... read more