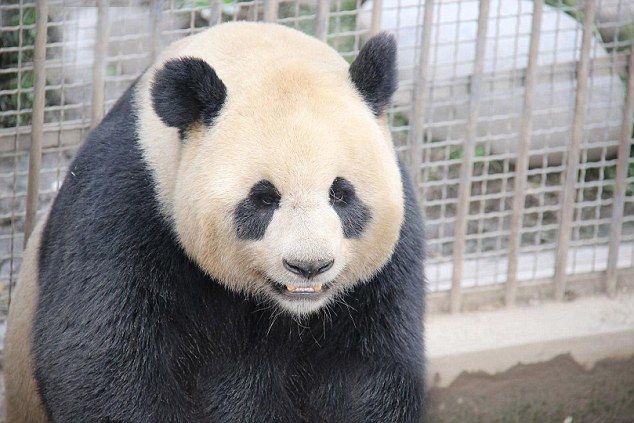 BEIJING — They call him “the Enduring Brother.”

For the second time in days, a particularly amorous male panda in China has smashed the record for longest mating session, zookeepers say.

The video of his 18-minutes-and-3-second romp on Saturday has gone viral in China, with bloggers praising the panda named Lu Lu for his enthusiasm, technique and — above all else — stamina.

To appreciate the staggering nature of Lu Lu’s accomplishment, experts say, one must consider some of the finer points of panda copulation.

For instance, the fact that female pandas are fertile only once a year. And that the brief ovulation window only lasts two to three days.

No wonder they’re endangered. It’s a lot of pressure to put on anyone.

Experts at the D.C. National Zoo a few years ago, for instance, were so desperate to solve their male panda’s fertility problems that they put him through a strict regimen of workouts to strengthen his hind legs and improve his technique.

Amid all this angst over the panda performance issues, comes the record-setting feats of Lu Lu.

Lu Lu — a bear Chinese scientists rescued from the wild in 1999 — set the first of his two recent records late last month. His passionate encounter with a female named Zhen Zhen lasted 7 minutes and 45 seconds, according to experts at the China Research and Conservation Center of the Giant Panda in Sichuan.

But that was all just prelude, it turns out, to his even greater record-shattering performance just a few days later.

This time around it was with a female named Xi Mei. Xi Mei has a good record as mate, having given birth to eight cubs since 2005. At first, scientists on Saturday tried to set her up with another male panda named Yi Bao because the two on paper shared such genetic compatibility.

But when the time came, Yi Bao couldn’t be less interested.

They brought in a second male, named Bai Yang, who turned out even worse, outright attacking Xi Mei. A zookeeper had to pour cold water simply to separate the two.

So in the end, scientists turned to their stud-in-residence: Lu Lu.

“Like humans, animals have feelings too,” the scientists noted in a surprisingly animated live posting on Chinese social media as Lu Lu’s session began. “Xi Mei is a bit timid and seems to be avoiding,” they posted, as if still traumatized by the earlier attack.

“Lu Lu is very respectful, although hesitant. After calming down for a while, he finally decided to stay by Xi Mei’s side! Applause for the brave Xi Mei and the gentle Lu Lu!”

The two soon launched into an 18-minute marathon that Chinese officials would later describe in restrained terms simply as “quite successful.”