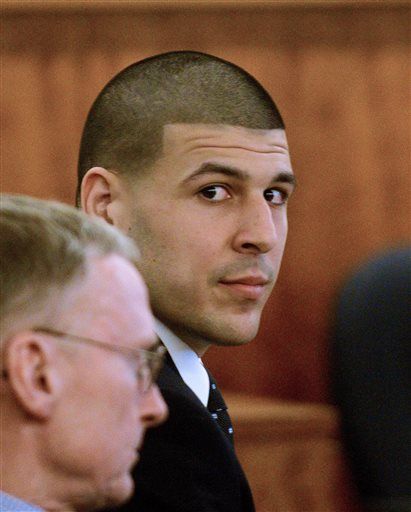 FALL RIVER, Mass. (AP) — A lawyer for former New England Patriots star tight end Aaron Hernandez told jurors on Tuesday that there is only one possible and lawful verdict in his client’s murder trial: not guilty.

Defense attorney James Sultan began his closing arguments Tuesday morning in the trial, which has lasted more than two months.

Hernandez is accused in the June 17, 2013, killing of Odin Lloyd, who was dating the sister of Hernandez’s fiancee. Lloyd was shot six times and died in an industrial park less than a mile from Hernandez’s home. At the time, Hernandez had a $40 million contract with the Patriots.

Both sides have 90 minutes on Tuesday to make their case to the jury. The defense goes first. Jurors are expected to get the case later in the day.

Sultan spent several minutes asking jurors to forget what they have heard about Hernandez in the media and outside the courtroom.

He pointed out that prosecutors never presented a clear motive for why Hernandez would kill Lloyd, saying they were friends and future brothers-in-law and that there was no evidence he would have wanted Lloyd dead.

“You didn’t hear because it doesn’t exist,” Sultan said. “Does the prosecution expect you to fill in that gaping hole in its case with guesswork, speculation?”

He also said investigators unfairly fixated on his client, presuming his guilt and finding what they could to support that theory.

The trial featured hundreds of pieces of evidence and testimony from 135 witnesses — 132 of them called by the prosecution.

Prosecutors said Hernandez and two friends drove to Boston to pick up Lloyd at his home, then drove him to the industrial park in North Attleborough and killed him. Surveillance video along the way showed Hernandez driving a rented silver Nissan Altima shortly before Lloyd’s sister saw him get into a silver car. Soon after, a toll booth camera caught the Nissan leaving Boston. Lloyd’s phone pinged several cell towers before stopping in North Attleborough for good.

Surveillance video at Hernandez’s home minutes after the shooting showed him holding a black item that appeared to be a gun. A joint found near Lloyd’s body had Hernandez’s and Lloyd’s DNA on it.

After closing arguments, the judge will give the 15 members of the jury instructions. Three of the jurors will then be randomly selected as alternates. The 12-person jury will then be sent to deliberate.