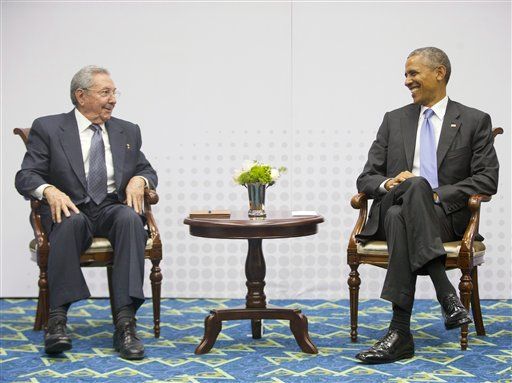 In this Saturday, April 11, 2015 photo, U.S. President Barack Obama, right, smiles as he looks over towards Cuban President Raul Castro, left, during their historic meeting, at the Summit of the Americas in Panama City, Panama. The leaders of the United States and Cuba held their first formal meeting in more than half a century on Saturday, clearing the way for a normalization of relations that had seemed unthinkable to both Cubans and Americans for generations. (AP Photo/Pablo Martinez Monsivais)