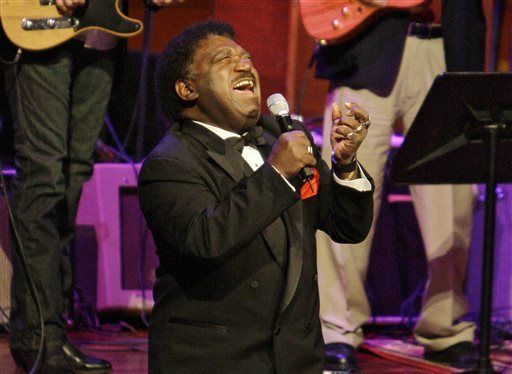 FILE – In this Oct. 28, 2008 file photo, Percy Sledge kneels as he performs “When a Man Loves a Woman” along with the Muscle Shoals Rhythm Section at the Musicians Hall of Fame awards show in Nashville, Tenn. Sledge, who recorded the classic 1966 soul ballad “When a Man Loves a Woman,” died, Tuesday April 14, 2015. He was 74. (AP Photo/Mark Humphrey, File)