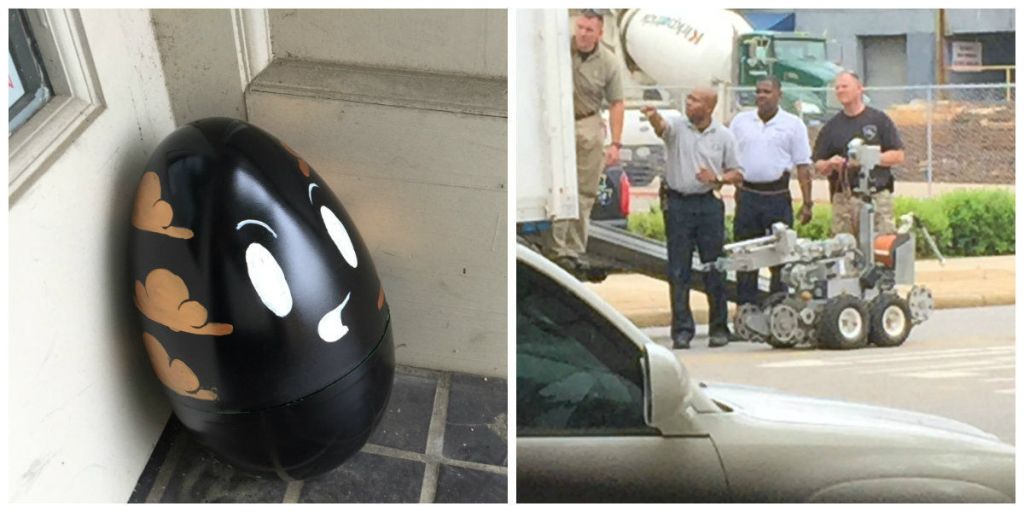 BIRMINGHAM, Ala. — The elevated threat was only to blood sugar.

Because it turns out that the suspicious object resembling a plastic Easter egg spotted Tuesday afternoon on the front steps of the Alabama Media Group building in downtown Birmingham turned out to be just what it looked like.

The police bomb squad called to the scene to dismantle the egg only to find candy inside.

However company officials say the decision to evacuate their employees wasn’t unfounded.

“The egg was discovered about the same time Black Lives Matter protesters staged a demonstration in front of Birmingham police headquarters,” Al.com stated Tuesday in a story on the incident. “Al.com’s offices are located across the street from the police building.

The Easter Bunny remains at large.