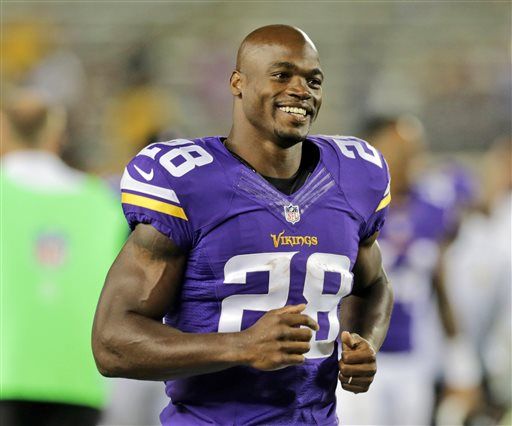 FILE – In this Aug. 8, 2014, file photo, Minnesota Vikings running back Adrian Peterson leaves the field after an NFL preseason football game against the Oakland Raiders in Minneapolis. The NFL has reinstated Minnesota Vikings running back Adrian Peterson, clearing the way for him to return after missing most of last season while facing child abuse charges in Texas. The league announced its decision on Thursday, April 16, 2015. (AP Photo/Jim Mone, File)

Hunter Weldon tags a Valwood runner out at first base in the second inning of the contest.