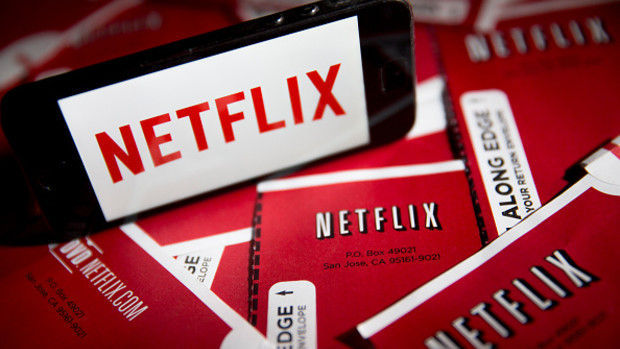 The stock jumped 18 percent to $562.05 at the close in New York, the biggest daily gain in almost two years, giving the Los Gatos, California-based company a market value of $34 billion, exceeding that of CBS Corp.

“Netflix remains a subscriber growth momentum story,” Paul Sweeney, a Bloomberg Intelligence analyst, said in an email. “As long as domestic and international subscribers continue to grow, bulls will have a reason to buy the stock.”

At its current level, Netflix has the sixth highest price- earnings ratio in the Standard & Poor’s 500 index, according to data compiled by Bloomberg. It’s trading at about 144 times profit and is the top-performing stock this year in that benchmark, with a gain of 65 percent.

Barton Crockett, an analyst with FBR & Co., recommended buying the stock Thursday and raised his 1-year price target to $900 from $400 previously. He cited a proprietary survey and estimated the company could almost triple its worldwide users.

“Netflix subscribers — nearly 40 percent of TV households in the U.S. — love the service more than TV,” Crockett wrote in a note, citing an early April survey by ClearVoice Research. “In this outpouring of affection, we see Netflix as very likely to move towards 180 million global subscribers by 2020.”

First-quarter net income fell to $24 million, or 38 cents a share, from $53.1 million, or 86 cents, as the strong dollar contributed to losses outside the U.S. Excluding that, profit was 77 cents, the company said. Analysts forecast profit of 63 cents, the average of 35 estimates compiled by Bloomberg.

Netflix has released a flurry of new series over the past few weeks, including the comic-book drama “Daredevil” from Walt Disney Co.’s Marvel. While Netflix doesn’t release viewer figures, the shows have been hits with subscribers.

“We think strong U.S. growth benefited from our ever- improving content, including the launch of the third season of ‘House of Cards,'” Hastings and Chief Financial Officer David Wells wrote Wednesday in a letter to shareholders.

Hastings said on Wednesday he expects to recommend the board split Netflix stock. The shares have more than quadrupled in the past three years.

Original programming is taking a larger slice of Netflix’s content budget. The company’s obligations, which grew 30 percent last year, now total $9.8 billion. The growth in subscribers justifies the increasing costs, according to Rich Greenfield, an analyst at BTIG Research.

“They are investing in content that consumers clearly want to watch,” Greenfield said. “They will continue to ramp original production to build the brand and lessen exposure to having to buy from others. Compared to an AMC or Discovery, Netflix has way more high-profile content.”

Netflix extended its service to Australia and New Zealand in March. It rolls out its streaming service in Japan later this year, its first market in Asia.

The company plans to offer its service worldwide by the end of 2016, though it is unclear if that will include China.

“On China, we’re just still learning about how best to approach it; we’re not sure,” Hastings said in an interview.

A report this week by UBS projected Netflix would reach 87 million subscribers outside the U.S. by 2020. They now stand at 20.9 million.

In total, Netflix forecasts 2.5 million new subscribers this quarter, including 600,000 in the U.S. and 1.9 million overseas.