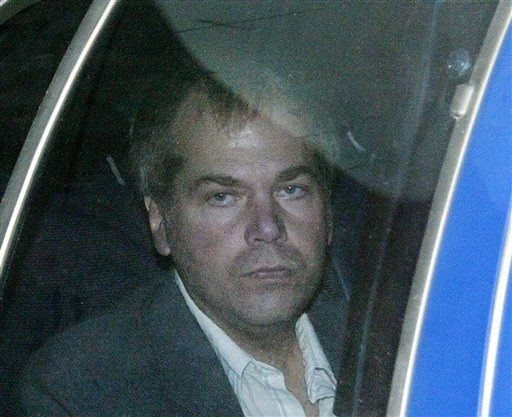 In this Nov. 18, 2003 file photo, John Hinckley Jr. arrives at U.S. District Court in Washington. The last man to shoot an American president now spends most of the year in a house overlooking the 13th hole of a golf course in a gated community. He takes long walks along tree-lined paths, plays guitar and paints, grabs fast food at Wendy’s. He drives around town in a silver Toyota Avalon, a car that wouldn’t attract a second glance. Often, as if to avoid detection, he puts on a hat or visor before going out. (AP Photo/Evan Vucci, File)