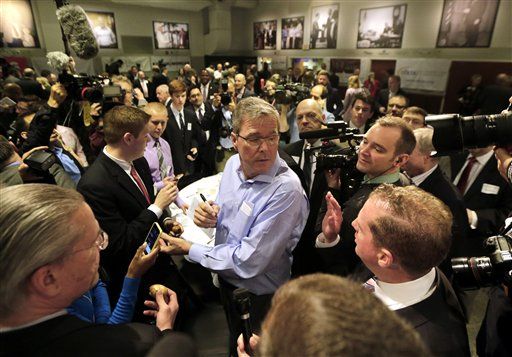 In this April 17, 2015, photo, former Florida Gov. Jeb Bush, center, mingles at a “Politics and Eggs” event, a breakfast fixture for 2016 presidential prospects at Saint Anselm College in Manchester, N.H. Bush is preparing to embark on an experiment in presidential politics: delegating many of the nuts-and-bolts tasks of seeking the White House to a separate political organization that can raise unlimited amounts of campaign cash. (AP Photo/Elise Amendola)

Music legend Nelson to roll out own brand of…