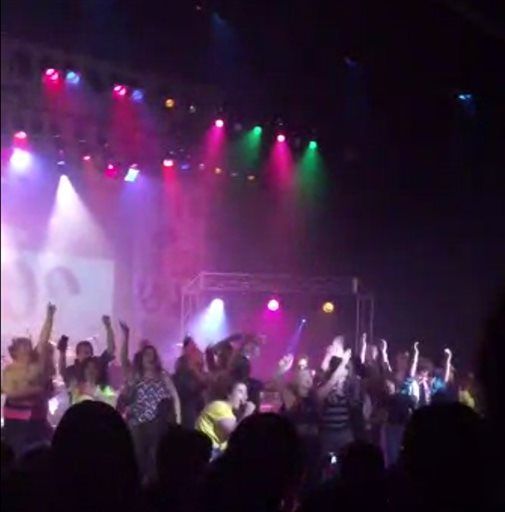 In this image from video provided by Zach Rader students from Westfield High School are on the stage during the grand finale of the concert dubbed “American Pie” Thursday April 23, 2015 just prior to the stage collapsed. More than a dozen students were injured after the stage filled with students collapsed during the musical performance at the central Indiana high school Thursday night, authorities said. (Zach Rader via AP)