With Hello, Facebook’s focus on the future of communciation continues to grow 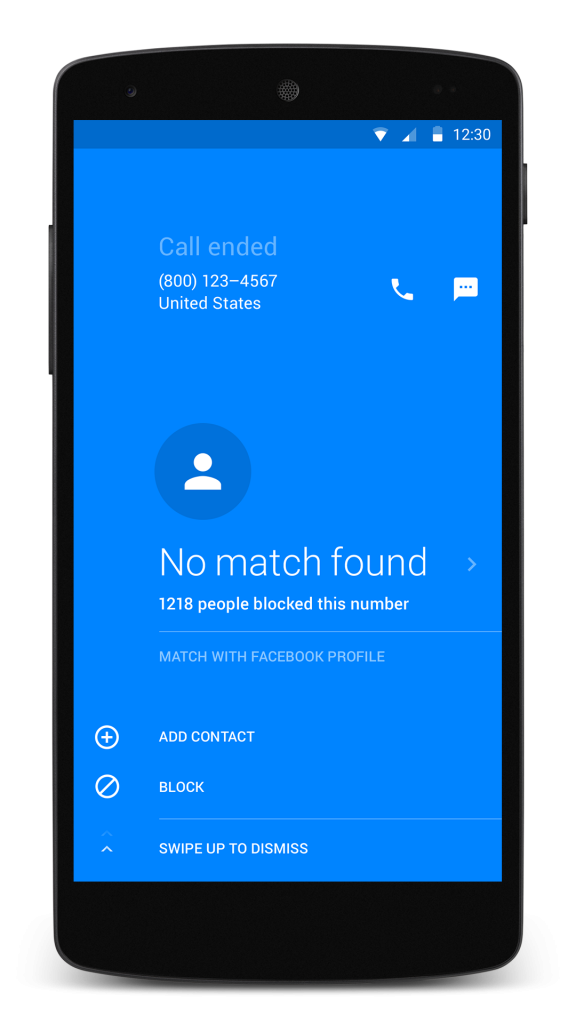 Facebook doesn’t just want to be your social hub, it also wants to be a bigger part of how you communicate in general. Now Facebook’s gone a little further with the introduction of a new mobile devices application, Hello.

The new program, introduced Wednesday, was designed by the company’s Messenger team but is essentially a calling, caller ID and search app for your phone. Available only on Android phones, the app pulls Facebook data to identify callers — it can do this even if they aren’t in your address book, thanks to Facebook’s bank of phone numbers — and will let you search for businesses that have put their phone numbers on the social network.

The Hello announcement came shortly before the company released mixed results for its first-quarter earnings. Facebook reported lighter-than-predicted revenue of $3.54 billion for the quarter versus analyst expectations of $3.56 billion.

The firm beat analyst predictions for earnings of $.41 per share, by one cent. And the company’s focus on mobile has also continued to pay off, with 73 percent of its advertising revenue coming from smartphones and tablets. Chief executive Mark Zuckerberg called it a “good quarter and a good start to the year” in the company’s earnings call with analysts.

But most of his remarks focused on Facebook’s future plans for expansion, including in the world of messaging.

The introduction of Hello continues a trend Facebook’s been exploring for the past couple of years. From the company’s 2014 acquistion of WhatsApp, to its purchase of the virtual-reality startup Oculus, or the expansion of its own Facebook Messenger app, many of the company’s major moves demonstrate a deep interest in the future of communication via text, voice and video messaging.

Not all of them have borne fruit yet. The Oculus Rift, for example, still isn’t on the market. Facebook’s attempt to catch up to Snapchat, with an app called Slingshot, has gained almost no traction. But the efforts do show where Facebook’s interests lie as its core social network ages.

Of course, it faces fierce competition from the likes of Twitter, Google, Skype, Snapchat and many others. It’s a crowded space. But Facebook seems happy to just be in the mix for now, with plans to keep experimenting.

When talking about messaging during Wednesday’s call, Zuckerberg told analysts that he’s happy Facebook has “evolved from a single blue app on your phone into a family of apps” that allow users to talk to each other in a variety of ways.

For example, Zuckerberg said that WhatsApp is used more as a text-message replacement for users around the world. Facebook Messenger, on the other hand, is more “focused on expression,” he said. He also said he’s not interested in unifying the company’s many messaging services, preferring to serve these small niches rather than pulling everything together in a one-size-fits-all tool.

“I think that these are just going to keep on growing, is my expectation and hope,” he said, “And we’re excited to kind of pursue both different products to serve the different communities.”