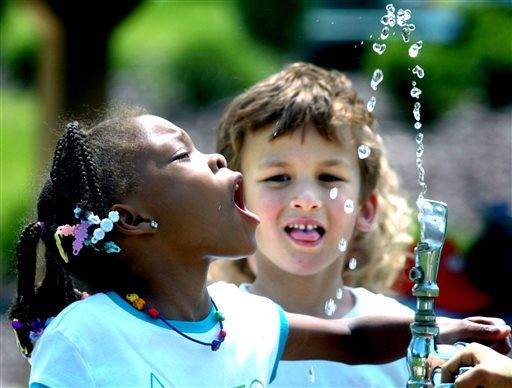 In this June 3, 2008 file photo, Tianna Swisher, a student at Liberty Valley Elementary School in Danville, Pa., attempts to drink from the water fountain at Montour Preserve near Washingtonville, Pa., during an outdoor field trip. Fluoride in drinking water, credited with dramatically cutting cavities and tooth decay, may now be too much of a good thing. It’s causing spots on some kids’ teeth. The federal government announced Monday, April 27, 2015, that it is lowering the recommended level of fluoride in drinking water for the first time in more than 50 years. (Bill Hughes/Press-Enterprise via AP, File)