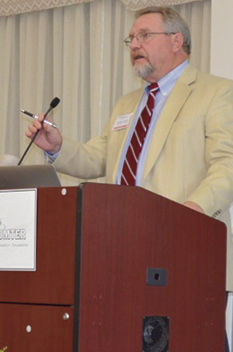 A kick-off breakfast for the One Sumter initiative of the Americus-Sumter Payroll Development Authority was held Thursday at Georgia Southwestern State University. Campaign General Chairman Brad Lafevers, shown here, announced that pledges toward the $2 million goal have been received in the amount of $1.1 million over a five-year period. One Sumter is a five-year economic development fund raising initiative.

Group meets to discuss school board

AMERICUS — A community meeting was held on April 16 at Bethesda Baptist Church to discuss the non-renewal of Kimothy... read more