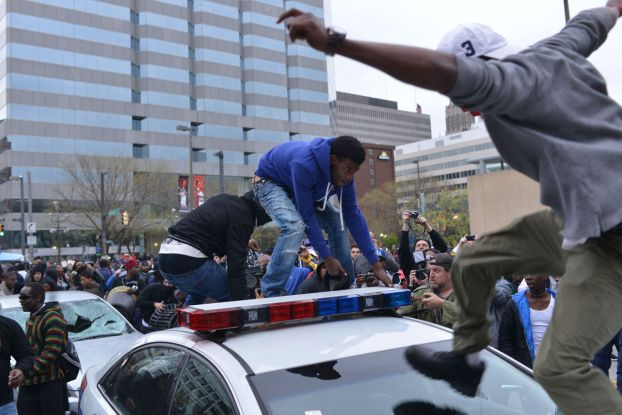 Protesters converge on police cars and other vehicles in downtown Baltimore after hundreds marched from West Baltimore to the City Hall and then towards the Camden Yards on Saturday, April 25. These cars were parked outside the Baltimore Convention Center. The protesters expressed their outrage over the death of Freddie Gray in police custody.

A man stands on top of a police car during a protest after the funeral of Freddie Gray who died... read more