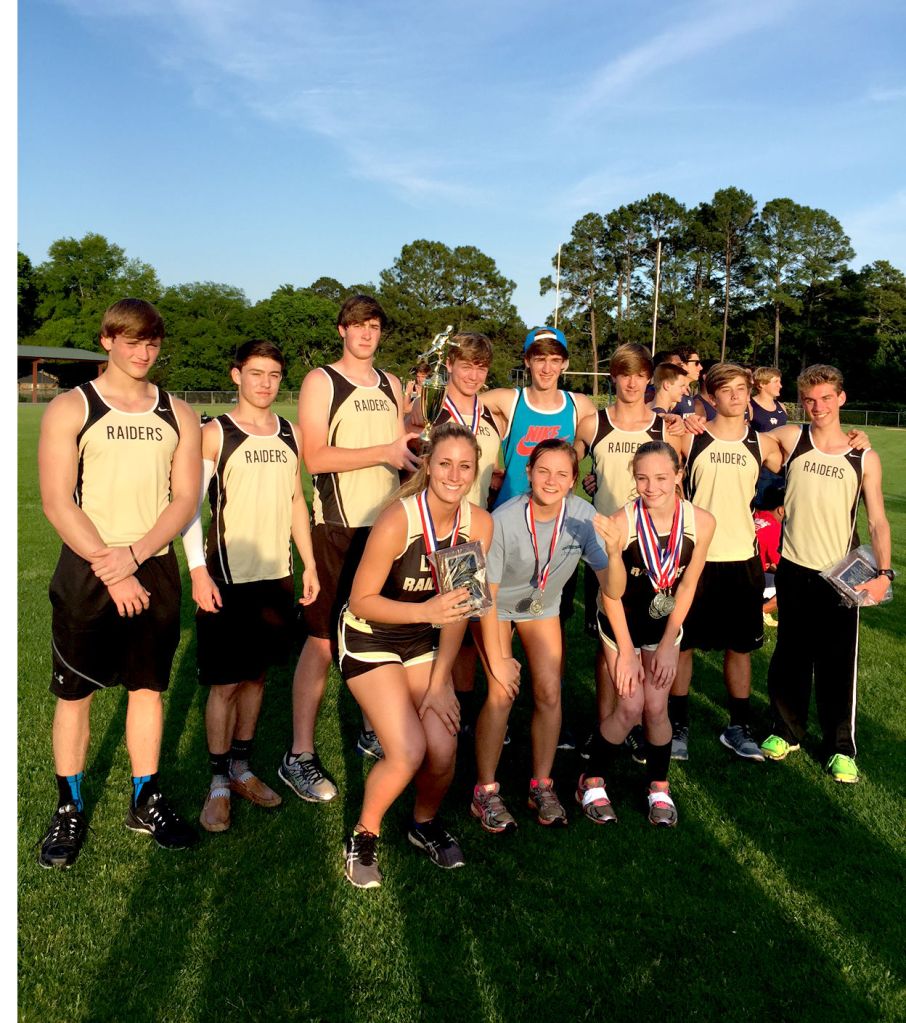 ALBANY – The Southland Raiders track team was edged by Deerfield-Windsor for the Region 3AAA Championship on April 22 at Deerfield’s home track in Albany. When the final points were tallied for the seven-team region, Deerfield held a 157.5 to 147 advantage over Southland. Tiftarea finished third.

The Lady Raiders finished fourth in the team competition with 94 points.

In the Meet’s final day of competition, senior Hunter Weldon led the way for the Raiders, taking home two individual championships with wins in both the shot and the discus.

Other individual region champs from the meet were Wright Calhoun in the 3200 and Madison McPherson in the shot put for the women. Region runners-up were Stephen Turton in the disc and, on the women’s side, Sydney Hayes in the 3200.

The Lady Raiders will send five athletes to the state meet. McPherson will compete in the 800, the shot put, and the disc. Payne will participate in the high jump. Exum will race in the 400 and Hayes will race the 1600 and 3200. The 4 x 400 relay team of McPherson, Payne, Exum and Brandi Sellars will participate as well.

The state meet begins at 1:30 PM on Thursday, April 30 at Hugh Mills Stadium in Albany, continuing Friday and Saturday.