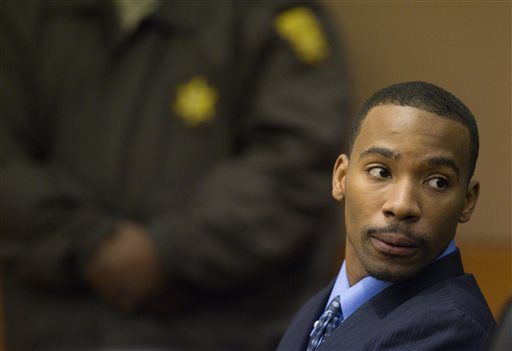 ATLANTA (AP) — Former NBA player Javaris Crittenton has pleaded guilty to manslaughter in the 2011 shooting death of a mother of four.

Crittenton appeared in court Wednesday and was sentenced to 23 years in prison.

Prosecutors have said Crittenton was aiming for a man who had robbed him days before the shooting but shot 22-year-old Julian Jones instead.

Crittenton also was arrested in January 2014 on drug charges while he was out on bond.

Crittenton played with Los Angeles, Memphis and Washington. He signed a non-guarantee contract with Charlotte Bobcats in 2010 before being waived.