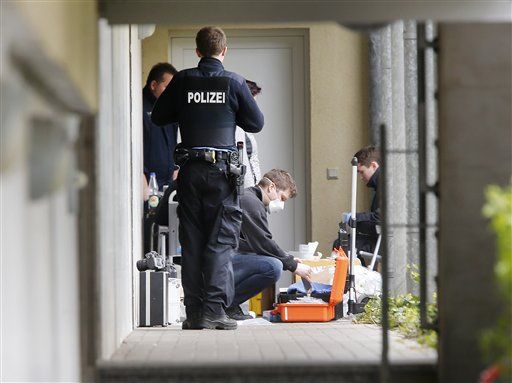 German police officers secure evidence in front of an apartment in Oberursel, Germany, Thursday, April 30, 2015. Chief of police for western Hesse state Stefan Mueller said authorities found a pipe bomb, 100 rounds of ammunition, parts of an assault rifle and a chemical that can be used to build a bomb during a raid overnight in the town of Oberursel. (AP Photo/Michael Probst)