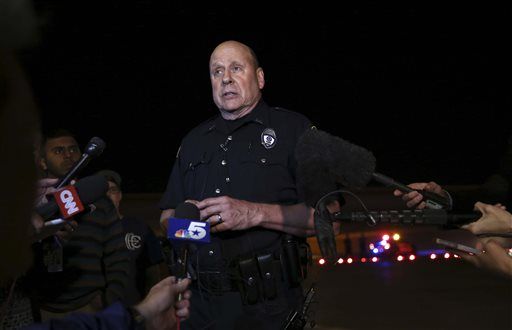 Garland Police spokesperson Joe Harn addresses media about the shooting at the Curtis Culwell Center where a provocative contest for cartoon depictions of the Prophet Muhammad was held Sunday, May 3, 2015, in Garland, Texas. The contest was put on lockdown Sunday night and attendees were being evacuated after authorities reported a shooting outside the building. (AP Photo/LM Otero)