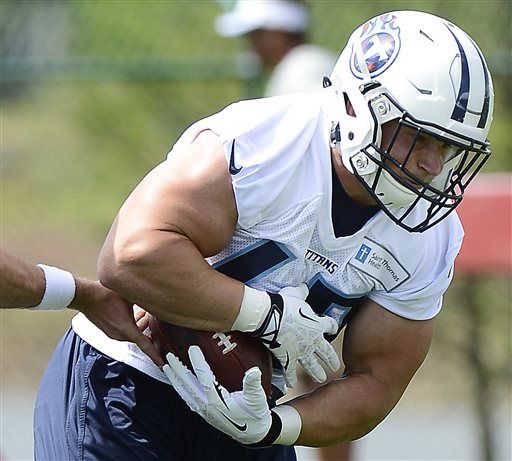 ATLANTA (AP) — The Atlanta Falcons have signed fullback Collin Mooney, who started four games for the Tennessee Titans in 2013.

Mooney had six catches for 32 yards and no carries in 12 games for the Titans last season. He had five carries for 19 yards in two games in 2012. He was cut before the 2014 season.

The 5-foot-10, 238-pound back will compete with returning starter Patrick DiMarco.

Mooney signed with Tennessee as an undrafted player out of Army following the 2012 NFL draft.