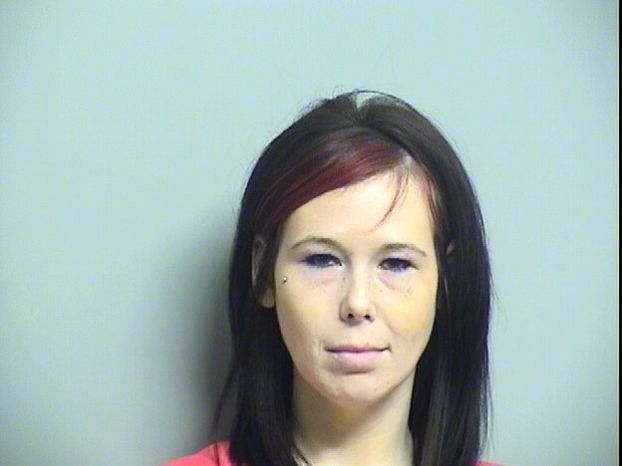 A Tulsa, Oklahoma woman has been arrested after police said she went to a funeral home and vandalized the corpse of a woman who reportedly used to date her boyfriend.

According to the Tulsa World, Shaynna Lauren Sims, who also goes by Shaynna Smith, is being held in lieu of $20,000 bond on a misdemeanor complaint of illegal dissection after her arrest Thursday.

Around 5 p.m. Thursday, the Tulsa Police Department received a call from a manager of the Moore Funeral Home in Tulsa. The manager reported that the family of a woman whose body was waiting to be interred said the body had been vandalized.

Once at the scene, officers reported seeing the woman’s hair on the floor near her casket and that makeup on her face had been smeared, according to Sims’ arrest report.

There was also “a large vertical cut starting from the hairline stretching to the tip of the nose.

The mother of the deceased also told the police she witnessed Sims with her hands inside the casket and quickly took them away as family members moved closer.

The family of the deceased woman told the officers they saw Sims at the woman’s Tulsa apartment. The report didn’t state why Sims was at the apartment.

However, a family member said Sims had also stolen the victim’s shoes.

The officers found a folding knife with hair that matched the hair on the floor on Sims. They also found scissors, a box cutter knife and “various pieces of makeup.”

According to Fox23, Sims is currently dating the deceased woman’s ex-boyfriend.