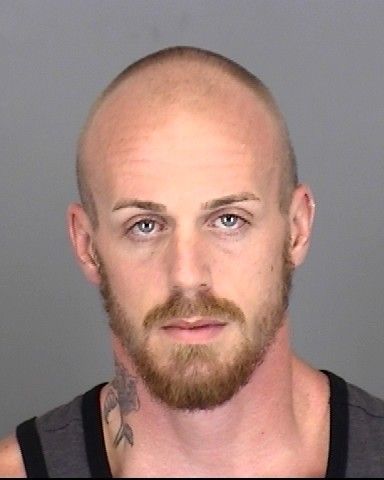 A Florida woman’s quick thinking is being credited with saving her and her three children from possible harm as they were held hostage by her boyfriend at knifepoint.

Investigators with the Highlands County Sheriff’s Office say Cheryl Treadway used an app on her smartphone to place an online order for a small hand-tossed pepperoni pizza on Monday afternoon. The order went to a Pizza Hut restaurant in Avon Park, south of Orlando, with a message in the comment section asking the staff to call 911 and send help.

“We’ve never seen that before,” the restaurant’s manager, Candy Hamilton, told WFLA-TV. “I’ve been her 28 years and never, never seen anything like that come through.”

Hamilton, who was cleaning outside the restaurant when the order from Treadway, a frequent customer, came in, said her staff immediately noticed something was amiss and responded quickly.

“When the order came through, she had edited the ticket, which was unusual,” Hamilton said. “On the bottom of the ticket it said, ‘hostage help.’ The server came out and got me, and when I came in and saw it, we instantly called 911.”

Deputies were dispatched to both the restaurant and the delivery address, where Treadway, holding a small child, met them and told them her boyfriend, Ethan Nickerson, was in the residence armed with a knife and that two other children were also there. Officers took her to safety, then persuaded Nickerson to leave the home peacefully.

Two days after the incident, authorities were still marveling at Treadway’s quick thinking.

“I can’t imagine anything she could have done differently,” Nell Hays, a public information officer with the Highlands County Sheriff’s Office, said Wednesday. “I think what she did was brilliant. To have the presence of mind to put the message on there, like our lieutenant said, in our opinion, it was just brilliant.”

Hamilton added that she was “grateful” that the situation was resolved peacefully.

“I think (Treadway) is the hero in this,” Hamilton said. “She thought outside the box. I mean, who would ever think to use the app to get help? I’m thankful that we didn’t ignore (the message). We’re trained that when you see something out of the ordinary, you act on it. I’m very blessed to have a crew that reacted so quickly.”