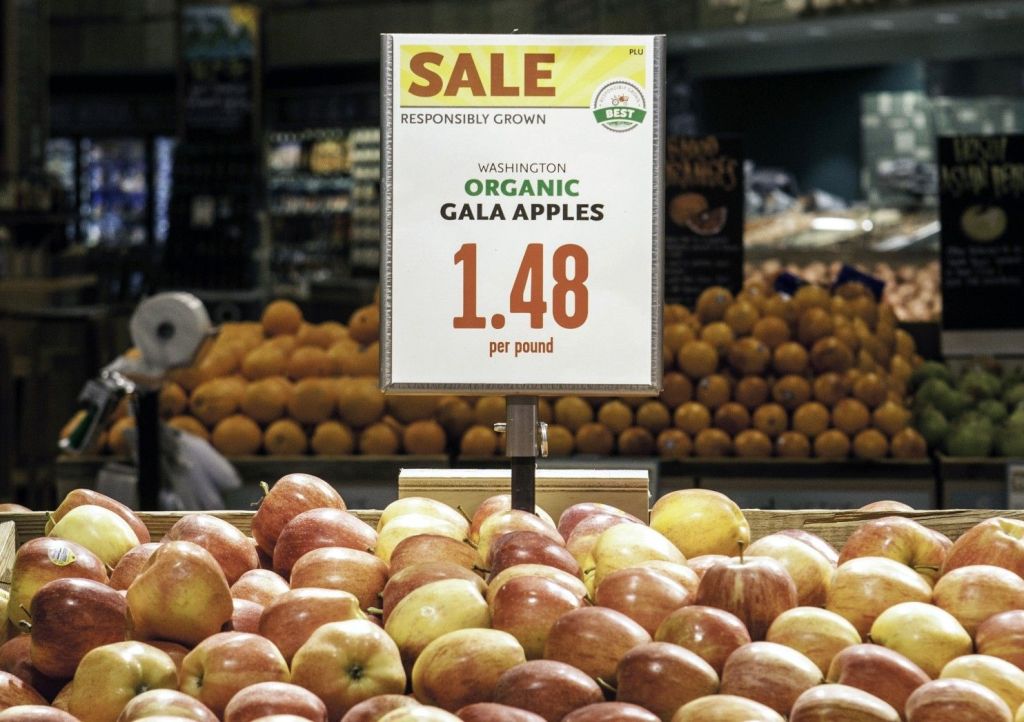 WASHINGTON — One of the essential questions of the organic movement is, “What foods are worthy of the USDA ‘organic’ label?”

The legal definition of the word is hammered down in semi-annual meetings, one of which was held last week, that involve a federal advisory board and people working in the organic industry.

But who, exactly, is that?

Increasingly, the answer is representatives of large food companies.

The boom in organic food has boosted sales over $32 billion annually and has led some of the nation’s biggest food companies – General Mills, Coca-Cola, Perdue, Kellogg – to acquire or take stakes in smaller organic outfits.

People within the industry debate whether the entrance of the big companies could tarnish the ideals of a movement opposed to the conventional foods those firms produce. Moreover, some worry that shoppers may be too easily fooled into thinking that some of the quaintly named organic labels, now owned by a big conventional company, is still managed by its organic founders.

“Some of these big companies go out of their way to hide their ties to the organic labels,” said Phil Howard, an associate professor at Michigan State University, who has tracked the changes, and provided them to The Washington Post. “They know that consumers tend to be skeptical of the corporations, that a person who buys organic is often someone looking for an alternative to conventional food.”

Howard says the influx of money from conventional food companies has brought good and bad.

“It’s easier than ever to access foods,” he said, “and the prices have come down. On the other hand, there is continual pressure to weaken the national organic standards to increase profits – and the big companies have the clout to do that.”

To be sure, attendees at the semi-annual meetings that define organic still include plenty of small farmers. But the large conventional companies have a presence, too, and within the industry, the value of the transformation is debated.

Myra Goodman, who with her husband founded the major organic label Earthbound Farm in 1984, argued in a TED talk last year that the growth has benefited everyone. She spoke just a few months after it was announced that Earthbound Farm would be sold to dairy producer WhiteWave Foods for $600 million.

“We don’t want organic to be an exclusive club,” she told the audience. “The benefits of organic farming are just too huge.”

Noting that only about 4 percent of food sales go to organic products, she said that “the organic industry is way too small.”

“Sadly, less than 1 percent of our farmland is organic – that means about 99 percent is still awash in conventional agricultural chemicals,” she said.

Others, however, have warned that the arrival of conventional food companies could change the industry.

Nature’s Path, a large family-run label, is one of the largest organic companies to continue to rebuff corporate investors. Arjan Stephens, the son of the founders and a company vice president, said the family has been dismayed at times by the acquisition of organic brands by conventional food companies.

“We have witnessed the sale of numerous organic brands to big food and have also seen how many of those brands have struggled to retain their soul,” he said. “While we support the growth of the organic industry, the purchase of many independent brands has come at a price. . . . [T]he long-term effect often comes with a diluted product line, a change in company values . . . and decisions based solely on profits not people.”