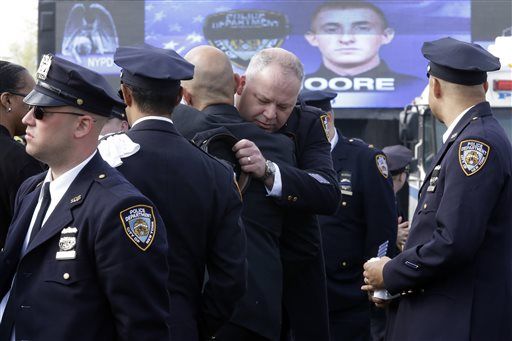 A couple of police officers embrace as they arrive for the funeral mass of New York City police officer Brian Moore, Friday, May 8, 2015, at the St. James Roman Catholic church in Seaford, N.Y. As many as 30,000 police officers from across the United States are expected to pay their respects at the Long Island funeral for Moore, who died Monday after being shot in the head while on duty two days earlier in Queens. AP Photo/Mary Altaffer)