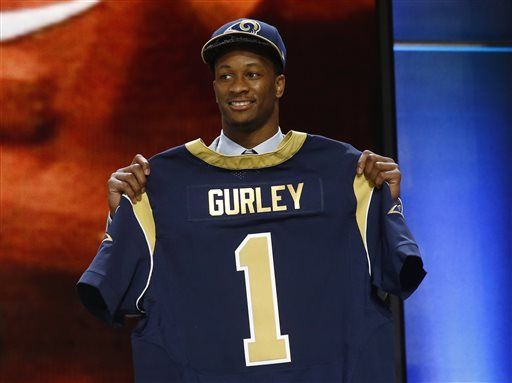 In this Thursday, April 30, 2015 file photo, Georgia running back Todd Gurley poses for photos after being selected by the St. Louis Rams as the 10th pick in the first round of the 2015 NFL Draft in Chicago. Georgia Gov. Nathan Deal has signed into law what’s been dubbed the “Todd Gurley bill,”making it a crime punishable by up to a year in prison to entice student athletes to break NCAA rules for money. (AP Photo/Charles Rex Arbogast, File)