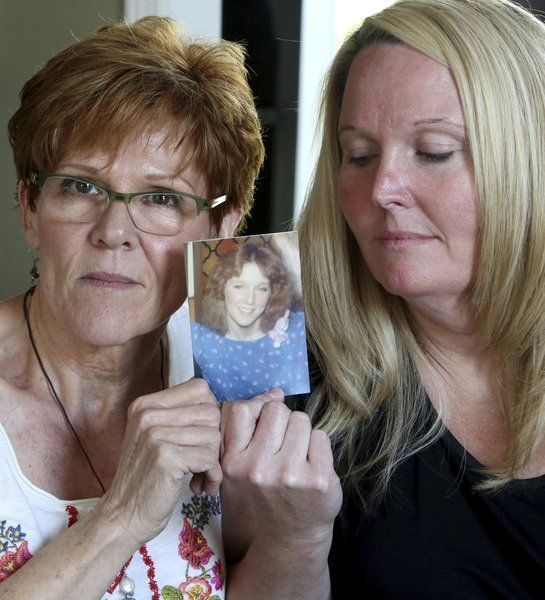 A 30-year mystery of a missing woman has been solved using DNA, and the woman’s family says they hope their story lets other families with missing relatives know about all of the help that is available.

The family got its long-awaited answers thanks to an online network of websites and volunteers and the free DNA testing offered by NamUs, the National Missing and Unidentified Persons System.

Last fall, Eileen O’Brien of Salem, Massachusetts and her niece had gone to the Salem police station and submitted DNA samples. The samples were the latest, and probably last, attempt by O’Brien’s family to solve a mystery that had haunted them for 30 years. In 1985, Eileen’s sister, Marguerite O’Brien, disappeared and was never heard from again. A woman who struggled with addiction, she had taken off seven years earlier but had always stayed in touch with her family, including the young daughter, Nicole, she left behind. Then the letters and phone calls and occasional visits suddenly stopped.

The family filed missing person reports. Her daughter hired a detective. Her sister consulted psychics. After years of dead ends, the family put Marguerite’s name on her parents’ gravestone, leaving only the date of death blank.

Last fall, Eileen O’Brien was watching a TV show about missing persons, then went on the Internet for more information. She ran across a website called NamUs, the National Missing and Unidentified Persons System. NamUs is a free online site run by the U.S. Department of Justice. As of last October, it had 10,546 active missing person cases and 9,846 active unidentified person cases.

On Aug. 3, 1985, a car struck and killed a woman who was trying to cross Valley Boulevard in Fontana, Calif., a city 50 miles east of Los Angeles in San Bernardino County. She was listed as Jane Doe No. 1385 and buried in an unmarked grave in Samaritan Park, a three-acre plot of land in a county cemetery where unidentified remains have been buried since 1908.

Bob Hunter, the San Bernardino County’s deputy coroner investigator, said the process is too expensive for most counties to undertake. But San Bernardino partners with the Institute of Field Research to have their archaeology and anthropology students exhume the remains as part of their training.

Every year, about 25 students dig up the remains of some of the more than 600 unidentified people in Samaritan Park. DNA samples are taken and sent to the FBI’s National Crime Information Center.

“We cleared a 65-year-old case with DNA this way,” Hunter said. “It works. You just have to keep pursuing families. It doesn’t matter how old the case is.”

In 2010, San Bernandino County exhumed the remains of Jane Doe No. 1385 and entered her DNA into the national database, where it waited for a match — it was Marguerite.

Marguerite’s family said they hope publicity about their story lets other families with missing relatives know about all of the help that is available. They knew nothing of the online network of websites and volunteers, or of the free DNA testing offered by NamUs. Police in the communities where they filed missing persons reports never mentioned them, they said.

San Bernardino is scheduled to hold a Missing Persons Day on June 20, when it will ask families to donate DNA samples and supply pictures of missing relatives.

Reporting by Paul Leighton at The Salem News.