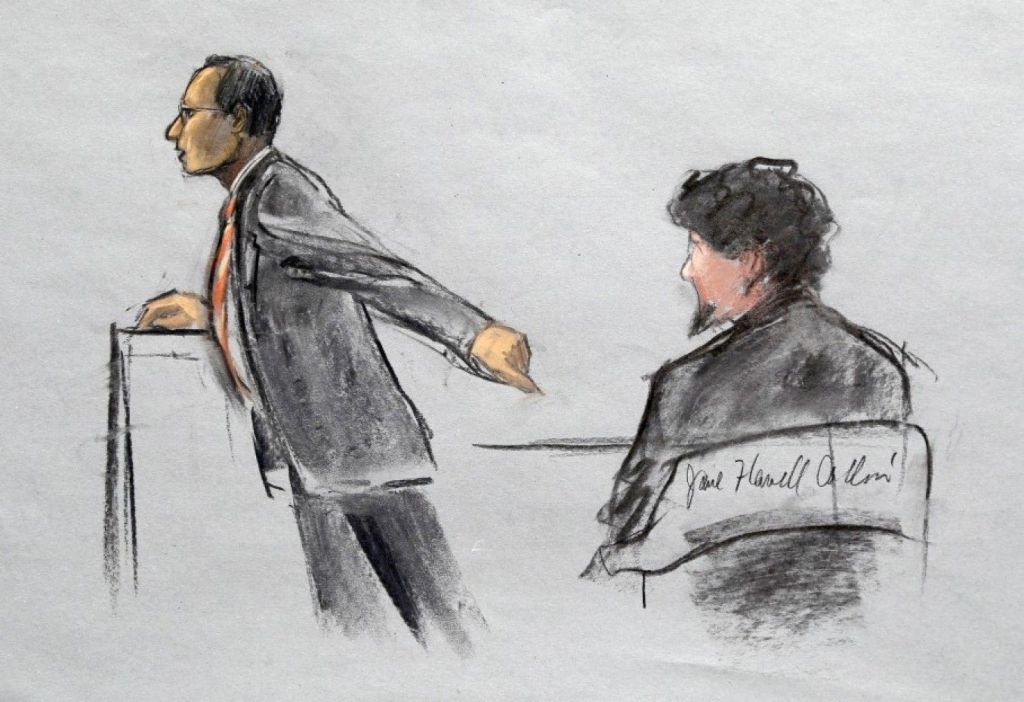 The federal jury that sentenced Dzhokhar Tsarnaev to death on Friday had already found him guilty on every possible count for his role in the Boston Marathon bombing two years ago. This week, however, they were told to answer another question: What should happen to him?

Before the jurors began their deliberations, District Judge George A. O’Toole Jr. reminded them that they had to decide if Tsarnaev would spend the rest of his life in prison or if he should be executed by the federal government.

“The choice between these very serious alternatives is yours, and yours alone, to make,” O’Toole said Wednesday.

The jury found Tsarnaev guilty last month on 30 counts, 17 of which carried the death penalty. A death sentence on any of these counts had to be unanimous, because if even one juror chose life imprisonment over death, the sentence for that count would automatically be life in prison.

The jurors were told to consider two sets of factors when considering the sentence. Aggravating factors were anything that could support a death sentence, while mitigating factors would argue for life imprisonment instead. One bombing victim in particular — 8-year-old Martin Richard — was cited repeatedly as an aggravating factor.

The federal death penalty statute notes that a victim who is very young or old can be considered particularly vulnerable, and Richard’s youth was emphasized by the government in its decision to seek the death penalty and again during the trial. During the closing arguments this week, prosecutors again pointed to the harrowing scene confronting Richard during the blasts.

However, after Tsarnaev was found guilty, Richard’s parents wrote an open letter asking the federal government to stop seeking the death penalty. They argued that the stream of appeals to follow would keep Tsarnaev in the news and his case in their lives, while life in prison would remove that burden.

It is unclear if the jurors ever learned of this letter’s existence, however. The day they began deliberating on how to sentence Tsarnaev, they told O’Toole that they had insulated themselves as much as possible from any media coverage of the case.

Prosecutors this week used their last chance to address the jurors to detail the scope of the carnage of the bombings and the aftermath, outlining the death and destruction that occurred on Boylston Street and beyond.

“He killed indiscriminately to make a political statement, and he placed no value on the lives and didn’t care for a second what impact his actions and his killings would have on so many other innocent family members and friends,” Steven Mellin, a U.S. attorney, said during the government’s closing arguments. “His actions have earned him a sentence of death.”

The defense, meanwhile, staked its case on what they considered mitigating factors, such as Tsarnaev’s youth (he was 19 when the bombing occurred) and, crucially, that he was under the sway of his older brother, Tamerlan.

Judy Clarke, the defense attorney who bluntly stated “It was him” during her opening statements, used her closing argument to paint a picture of the older brother as Tsarnaev’s “sole source of family, of support, of strength.” She described the older brother as bigger and possessing more charisma, laying out examples of how Dzhokhar was influenced by Tamerlan.

“The horrific events of the Boston Marathon bombing cannot be told or understood in any degree of reality without talking about Tamerlan,” she said.

Clarke also described Tsarnaev’s “potential for redemption,” pointing to the testimony earlier this week of Sister Helen Prejean, a Roman Catholic nun and death-penalty opponent. And Clarke ultimately told the jurors that each of them was a safeguard against a death sentence.

“The law values life, and you have no obligation to vote for death,” she said.

Before agreeing on a sentence, the jurors had to first agree that Tsarnaev was 18 years old, because the federal death penalty statute prohibits a death sentence for anyone younger than that age when they committed the crime in question. They were told to consider only the evidence presented in the trial, and told not to factor in anything they may have read in the media, summations offered by attorneys in the case or the government’s indictment of Tsarnaev.

O’Toole also told the jurors that they had to decide if the government proved “beyond a reasonable doubt and to your unanimous satisfaction” that aggravating factors were at work in this case. Only if they agreed on this should they sentence him to death, the judge said.

Ultimately, as O’Toole outlined this week, each juror had to decide what they individually believed after the trial. It took about 14 hours of deliberations before every juror agreed on a verdict that would make Tsarnaev the 62nd person on federal death row.