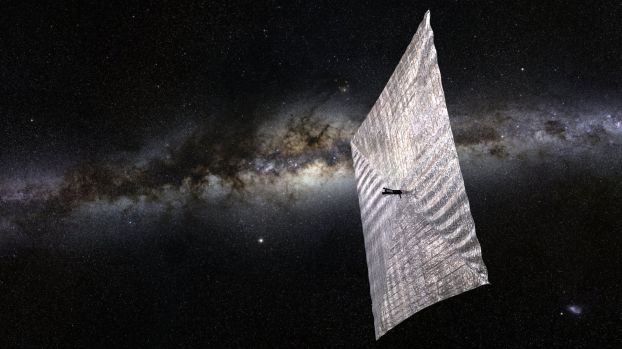 The mystery behind the Air Force’s classified space plane

The last time the Air Force’s super secretive X-37B space plane launched, it didn’t come down until almost two years later — 674 days to be exact. On Wednesday, it launched again, and was scheduled to stay in orbit for 270 days. Or maybe more.

No one knows for sure because the largely classified project is shrouded in mystery. The Air Force will only say that it will test a new, experimental thruster. The rocket carrying the spacecraft will also deliver a small satellite that would fly using a “solar sail.” But the broader mission of the Boeing-made X-37B, which looks like a miniature version of a the space shuttle, is not publicly known.

Space has become an increasingly important part of national security, a realm the Pentagon and the intelligence community is keenly focused on. And the ability to keep an unmanned space craft that could circle the Earth for months at a time and then land on an airstrip so that it could be used again could have all kinds of potential, from keeping an eye on the weather as well as the enemy.

“Space is so vitally important to everything we do,” Maj. Gen. Tom Masiello, the commander of the Air Force Research Laboratory, Space and Missile Systems Center, said in a recent statement. “Secure comms, ISR [intelligence, surveillance and reconnaissance], missile warning, weather prediction, precision navigation and timing all rely on it, and the domain is increasingly contested.”

In Congressional testimony last month, Air Force Lt. Gen John Raymond said that space has become a “warfighting domain,” and he warned that other countries, particularly, China and Russia, “remain concerns for us as we assess threats in the space domain.” Officials have said the countries have the ability to blind satellites with lasers or blow them up with missiles.

“We are quickly approaching the point where every satellite in every orbit can be threatened,” Raymond said.

U.S. Rep Doug Lamborn, R-Colo., argued in an op-ed published in The Hill this month that the U.S. “must take these threats seriously and respond accordingly in order to defend ourselves and our allies.” “How do we prevent reckless actions in space, or even worse, a war in space? Our best option is to deter bad actions.”

Wednesday’s launch, aboard a United Launch Alliance Atlas V rocket from Cape Canaveral, Florida, was the fourth mission of the X-37B, which before takeoff had spent a total of 1,367 days in space.

Also on board was a a tiny satellite, known as a cubesat, no bigger than a shoe box, that was developed by the Planetary Society, a non-profit space advocacy group, which plans to test the deployment of a giant, reflective sail measuring 344 square feet. The society hopes to eventually fly satellites through space as if they were sailboats on the sea. But instead of being powered by wind, the space sails would be propelled from light protons hitting it, Bill Nye, the Planetary Society’s chief executive said on ULA’s live broadcast of the launch Wednesday.

“Light has momentum, even though it has no mass,” he said. The satellite is very small, the sail is very big — though thin, a quarter the thickness of an average trash bag — and the sun provides a continuous stream of energy.

Todd Gillespie flies a helicopter over a patch of trees in Clarksburg. Gillespie demonstrated how tree trimming is performed with... read more