The secret to fighting digital distractions may be all about commitments, not willpower 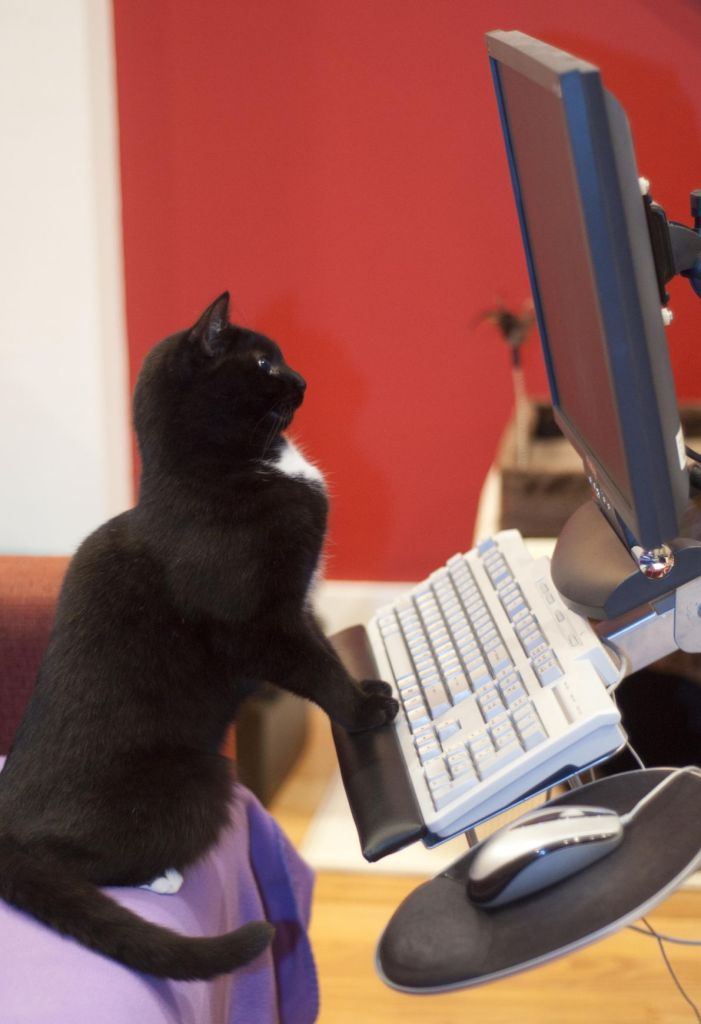 It’s hard enough avoiding online distractions if you’re a working professional. The news alert about a favorite sports team, the insistent tug of social media sites, the seventh email from a group of co-workers chiming in about where to go for lunch.

And that doesn’t even get to the cat videos.

But consider how much allure such digital distractions have for people studying in an online course. Professionals at least have the threat of job security or losing out on a raise to keep them relatively on task. Students who’ve opted for a Web-based class, meanwhile – particularly one of the “massive open online courses” (MOOCs) that are typically free to join and have no penalty for dropping out – don’t face the same consequences if they get behind. One study has shown that completion rates for such MOOCs are often less than 10 percent.

It’s that concentration-challenged group of people that Cornell researcher Richard Patterson opted to study in a working paper recently published on the school’s Higher Education Research Institution Web site. (It has not yet been published in an academic journal.) Patterson, a PhD candidate in policy analysis and management at Cornell, saw an opportunity to apply behavioral economics research to online education.

“Across the educational spectrum, online students are completing at lower rates than students in traditional courses,” Patterson said in an interview. “There’s a real tension between the structure that helps people stay on track and the autonomy that helps people (work) more creatively.”

He thought software tools that have proliferated in recent years – to help people block time-sucking websites, set up reminders to stay on task, or even cut off Internet access for the hopelessly distracted – might help him see what works and what doesn’t. So Patterson reached out to the company behind a tool he’d been using himself, RescueTime, to see whether they’d be willing to customize their software to help him.

They agreed. Using funds from a grant, Patterson paid the company to help him design three customized tools for the study, in which he enrolled 657 students taking a MOOC on statistics hosted by Stanford University. One tool sent students an alert after each half-hour they spent on productivity-killing websites. (Each student got an average of 48 alerts over the nine-week course.) Another gave students the option of blocking distracting sites for 15, 30 or 60 minutes each time they entered the online course.

The third let students set a daily cap on the time they’d be allowed to spend on the Web’s time-wasters. If they hit their limit during the day, the software blocked the sites, prompting the students to enter a new reason each time if they wanted to unlock the sites. An email was sent each morning reminding students of their time limit and asking whether they wanted to reset it. Students were assigned randomly to one of the three tools; a fourth group was set as a control and didn’t use any of the programs.

Students in the reminder group showed no measurable improvement. Meanwhile, the ones who opted to block sites for a period while working in the online course saw slightly positive results, though they weren’t statistically significant.

But the results were much more dramatic for the third tool, in which students made a choice in advance about setting future limits, as well as had some wiggle room for letting themselves cyberloaf. Students in that group received higher course grades, spent 24 percent more time working on the course and were 40 percent more likely to complete it.

That tool works off the economics concept of a “commitment device,” Patterson explained, in which people try to proactively set limits to help them with future decisions that might stretch their patience or willpower. (Think Ulysses tying himself to the mast to restrain himself from the Sirens’ song.) “Increasing the cost of procrastination now can help nudge you to getting back on track” later, he said.

The other two tools, meanwhile, asked the student to either stop doing something now or prevent themselves from using any distracting sites immediately. “That’s a really big difference – block yourself now or block yourself later,” Patterson said. “People are just more likely to opt in to something that’s not going to be hard right now, but in a little bit.” In other words, we even procrastinate about our procrastination.

RescueTime’s head of product development, Robby Macdonell, said his company is adopting some of the ideas from Patterson’s research into its product. It has begun letting users proactively set a schedule in advance for the times of day when they won’t allow themselves to access certain sites. And after seeing the results, it plans to offer more ongoing feedback to its users over time, as well as at the end of the project.

Patterson said he’s hesitant to say whether he’d see the same results in an office environment as he did among online course takers. Still, the lesson is valid for an increasingly self-managed workplace where the average employee visits Facebook 21 times a day. (Really.) Setting limits in advance of actually sitting down to do focused work – and then leaving yourself some autonomy to fritter away a little time online – certainly seems like it would apply.

“It’s kind of ‘I can have my cake and eat it, too,'” Patterson said. “I can be a little impatient now but still force myself to get it done later.”