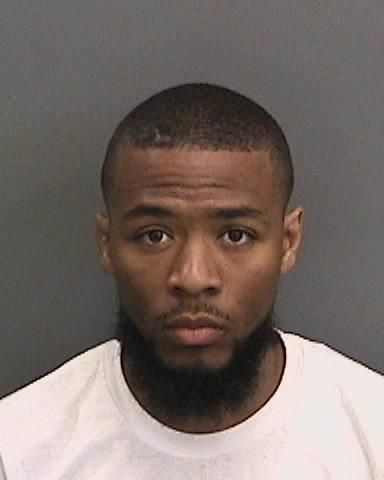 The Valdosta State University student protester wanted by police in connection with a gun found in his backpack, was arrested this morning in Tampa, Florida, after an extensive search.

Eric Sheppard’s arrest comes after a long series of events beginning with a protest against racial inequality on the campus of Valdosta State University in Valdosta, Georgia where Sheppard, 21, walked on an American flag.

According to the Lowndes County Sheriff’s Office, Sheppard was arrested without incident and has been taken to the Hillsborough County Jail where he will have an extradition hearing in the near future.

Footage of Michelle Manhart, an Air Force veteran and one-time Playboy model, trying to take the flag from Sheppard during the initial protest ignited a social media firestorm.

In the days after the flag incident, Sheppard resumed campus protests, causing a person who was not at the protest to call police and say she had been contacted by a friend who overheard Sheppard issuing threats of violence.

When police responded to the scene, Sheppard’s supporters denied there had been threats, but after he was asked to leave the area, he complied, leaving behind a backpack.

Authorities noticed the unattended backpack, searched it and reported finding a handgun. They also said they were in possession of a receipt indicating the time and date when Sheppard purchased the weapon from a local pawn shop.

Subsequently, a warrant was issued for his arrest April 21, 2015 on the charge of having a weapon on the campus. Sheppard had been on the run ever since, issuing a profanity-laced “memorandum ultimatum,” sent to The Valdosta Daily Times, condemning white people and local police.