Can you be pulled over for using your smartwatch while driving? 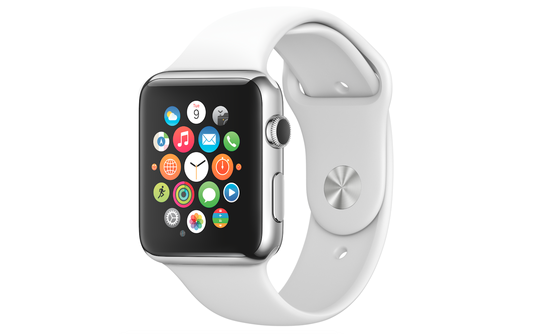 Smartwatches such as the Apple Watch are designed to keep us from being glued to our smartphone screens all day. But even with their bite-size messages, are these new gadgets still too distracting for use behind the wheel?

Some other countries’ police officers certainly seem to think so. A Canadian man was fined $120 for using his Apple Watch while driving earlier this week, Montreal’s CTV News reported. According to the report, the man was using his Apple Watch to change the song he was playing on his iPhone through his car’s stereo system. A police officer behind him pulled him over just for the smartwatch use. Two police departments in Australia have also made public pronouncements that using the gadgets while driving could result in fines.

That raises a lot of questions about how smartwatches — and future wearable devices — fit into a growing number of state “distracted driving” laws that aim to ban texting, some phone calls and other electronic device use while driving.

From a legal standpoint, it’s hard to say whether smartwatches automatically get you in trouble. The Canadian statute prohibits use of a “hand-held” device, which raises questions about whether smartwatches fall into the category. You aren’t, after all, holding a smartwatch when you use it. It’s on your wrist.

A quick read of state laws that prohibit distracted driving — plus those for Washington, Puerto Rico, Guam and the U.S. Virgin Islands — shows that language in these statutes vary. While many specifically prohibit handheld mobile phones, there’s less specificity when it comes other gadgets. For example, the District of Columbia’s law reads as follows:

“No person shall use a mobile telephone or other electronic device while operating a moving motor vehicle in the District of Columbia unless the telephone or device is equipped with a hands-free accessory.”

Do the voice capabilities of a smartwatch qualify it as a device with a hands-free accessory? (One could also argue that a smartwatch itself is an accessory. A really expensive one.) District of Columbia police didn’t respond to a request for comment.

But safety — not the fear of a ticket — should be the main concern for tech-loving drivers, road safety advocates said.

“The technology is advancing faster than the laws can keep up, in many cases,” said Kara Macek, director of communications for the Governors Highway Safety Association. “Technology in and of itself is fantastic. But when you’re driving, you need to focus on the task at hand.”

In a statement, the National Highway Traffic Safety Administration said anything that draws a driver’s eyes off the road is a concern, because “visual-manual distractions have been consistently shown . . . to increase risk and decrease driving performance.” The agency’s plans to address distracted driving in the future include looking at the effects that other electronics such as GPS navigation systems, tablets and voice-control software have on distracted driving.

According to NHTSA, 660,000 U.S. drivers are using phones or other electronics at any given “daylight moment” — a number that’s held steady since 2010. And, the agency says, the average text takes your eyes of the road for five seconds, which at highway speeds will take you the length of a football field.

Macek said she already recommends that motorists stow their smartphones while driving to keep them from being tempted by buzzes and beeps. She would recommend doing something similar with the smartwatch. While drivers can reasonably glance at a traditional watch, she said, she thinks it takes way more physical, mental and visual energy to read even a short text message — energy that should be spent focused on where you’re driving.

“There’s an almost biological urge to answer it,” she said. “It’s bad enough when you have your phone in your purse; imagine when it’s on your arm — just feeling that buzz.”